There was something a bit Planet of the Apes about Browndown.  Strange objects of a bygone era protruded from the sand.

It wasn’t these objects that drew our attention, however, it was the beautiful sky!

Browndown exits into Lee-on-Solent.  We exited the gates from the Browndown Military Training Area and made our way into the town.

Poor old Lee never quite hit the big time it aimed for.  From the 19th Century onwards attempts were made to develop it into a resort.  In the late nineteenth century it even received its own pier – the ubiquitous mark of a Victorian seaside resort.  By the 1930’s it had an art-deco seafront complex, including a 120-foot tower and viewing platform.  Noel Coward performed there!  Its popularity declined, however, and in 1958 the pier was demolished.  The foreign holiday boom of the 1960’s and 1970’s was the final nail in the coffin; the tower was demolished in 1971.

Today, there is just about enough of a seafront to allow you to sit and imagine what the pier may have looked like.  Mind you, I quite like that view without the pier… 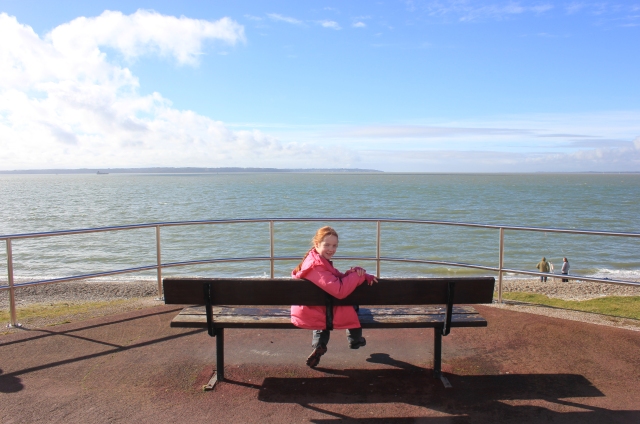 Walk #66 Statistics (of which this post forms the eighth part):