Posted on February 7, 2016 by Wingclipped

After the thronging tourist traps of Lulworth Cove and Durdle Door, the path from Bat’s Head to Ringstead Bay is marvellously unpopulated.  Undulating and never boring, it was a relief to get away from the crowds and find a bit of solitude with nobody but the wind for company. 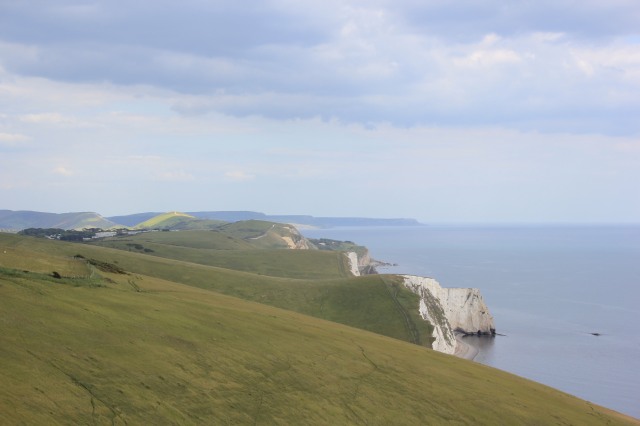 Looking forward, we could at last get a good view towards the looming hulk of Portland, which we expected to reach after another day’s walk. 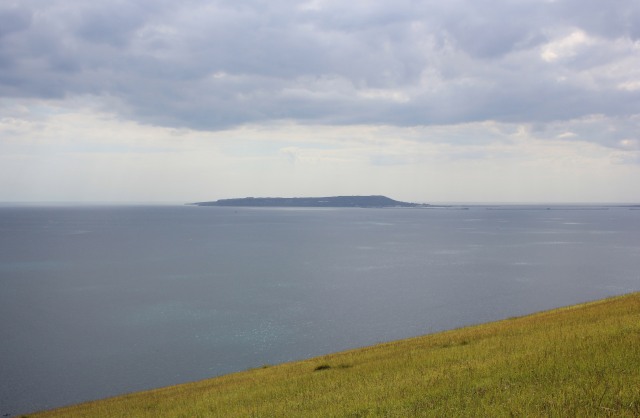 The cliffs just before White Nothe looked a bit precarious, with one chalk buttress looking ready to peel away and join the rocks below. 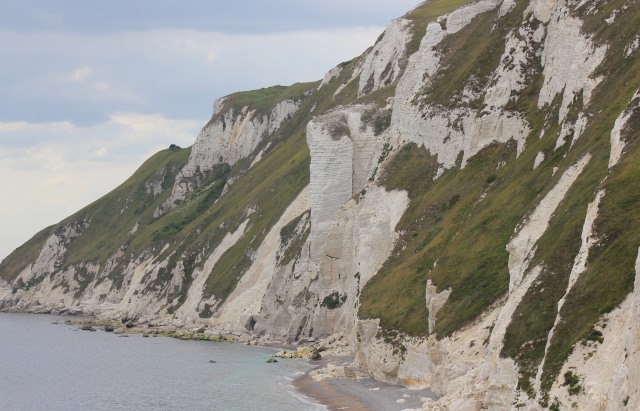 Further on, we puzzled over this obelisk for quite a while:

It had no dedication and no inscription, save for an abundance of scratched and chiseled graffiti.  It was marked on our map simply as a beacon, and so we had to give up and carry on.  The Power of Google later revealed that this was indeed a beacon – a navigational aid to shipping.

White Nothe itself is home to a small terrace of ex-coastguard cottages, sat at the top of cliffs and accessed via a dirt-track driveway over a mile long.  They are a long way from anything, except this structure which has now fallen into ruin. 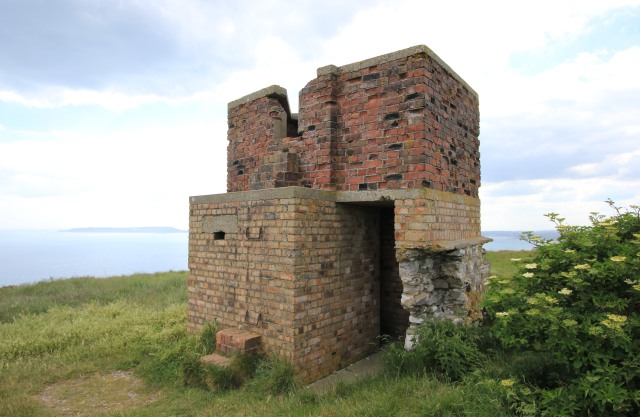 Most pillboxes tend to be of one type or another, but this one is unusual.  It is an original pillbox, but with a Royal Observer Corps Observation Post built on top.

We carried on down to Ringstead car park and our walk’s end, descending via Burning Cliff.  Burning Cliff got its name after a landslip in 1826 caused a spontaneous combustion as the oil shale in the ground caught fire and then smouldered for several years. 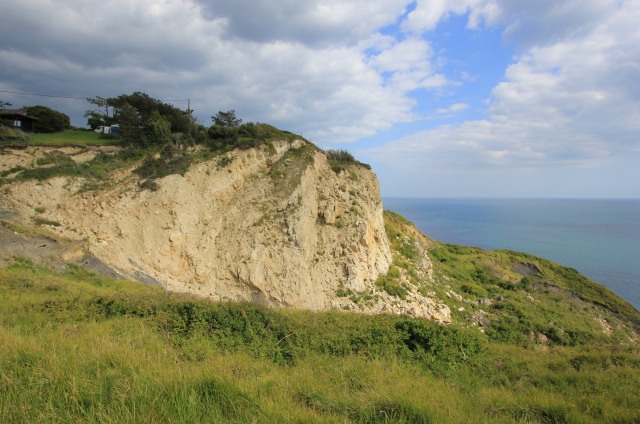 These natural events, such as those at Burning Cliff in 1826, are known as pyrolysis: the thermal decomposition of organic material at high temperatures and in the absence of oxygen.  This part of the coastline is made of Kimmeridge oil shale, which is 70% organic material and so which burns easily when it is fractured in landslips (this is effectively natural “fracking” – the release of organic material by the fracturing of the rock).  The post-landslip fires occur underground where there is no oxygen and temperatures can reach up to 500° Celcius.  The burn is a slow one, hence the reason Burning Cliff smouldered its oily, sulfurous fumes for several years.

Walk #80 Statistics (of which this post forms the final part):