Shortly after passing the walls of Portland Prison, the Coastal Path veers eastwards, leading down a steep slope back towards the sea.  After prisons and immigration centres I was rather looking forward to more proper coastline.

From our vantage point at the top of this slope we had views back to Portland Harbour. Look how the sea is calmed by the presence of breakwaters. 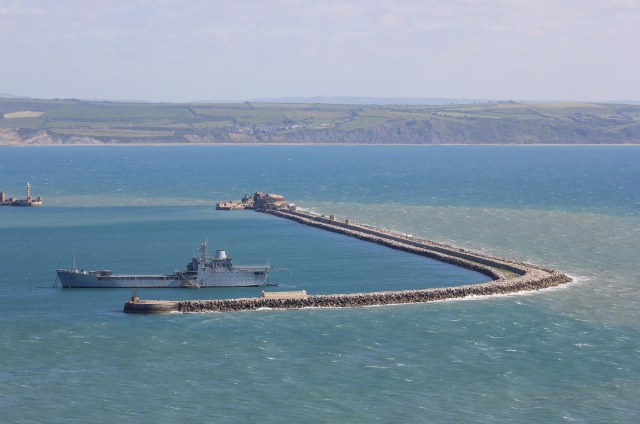 The landscape on the eastern side of Portland is mostly scrub, bounded by the sea on one side and cliffs on the other. 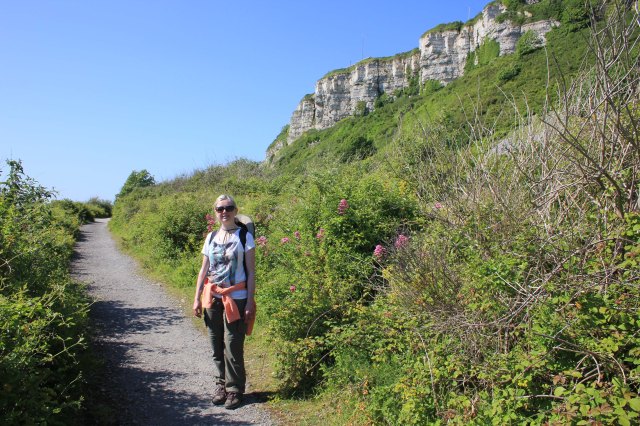 A small herd of British Primitive goats have been introduced to the area as a trial to help manage the scrub.  We kept our eyes open but didn’t see them.  Perhaps they were hiding from the scary titan in the cliffs.  Did you spot him in the photo?  No?  Here, have a closer look! 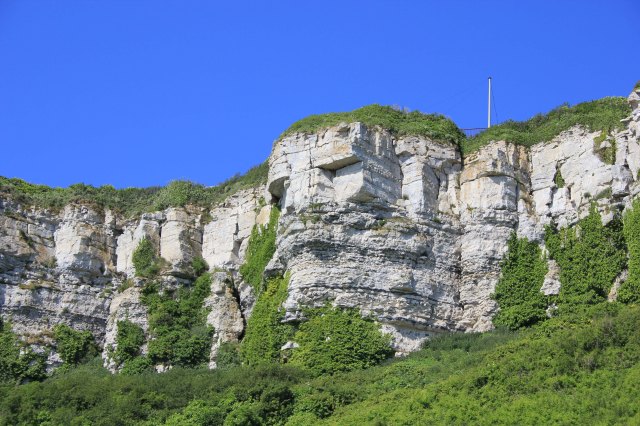 He wasn’t interested in the goats.  He was keeping watch out to sea, where off shore a shelf seemed to drop dramatically, give the sea a beautiful two-tone colour. 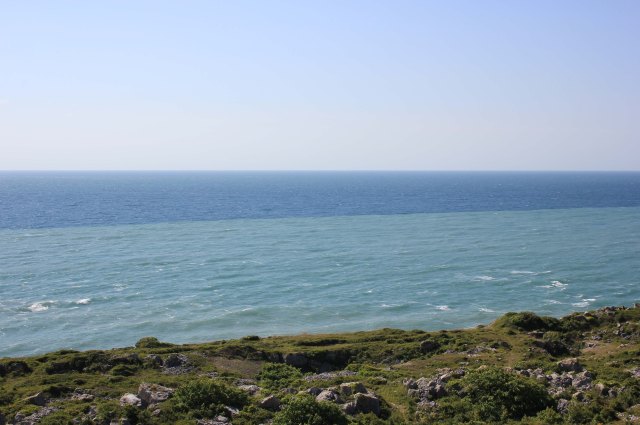 These cliffs are known as The Cuttings.  It was originally an old railway cutting that left several cliffs rising up from its flat quarried base.  It is a very popular rock climbing area, and the various sections of The Cuttings have their own names:  Sunlovers Slab; Mindmeld Area; and Modern Nightmare Area, to name but a few.  One of them is called Hall of Mirrors.  I couldn’t help wondering whether this cliff titan was in the Hall of Mirrors section, and whether this section was named after him and the other faces in the rock?

Walk #82 Statistics (of which this post forms the third part):

This entry was posted in Dorset and tagged coast, Dorset, portland, travel, walking. Bookmark the permalink.