Durlston Country Park is located about a mile to the south of Swanage.  It is nestled up against a corner of the coastline – at the point at which the South West Coast Path stops heading south and turns true west instead.  At the point of this corner is Durlston Castle.  It is not a true castle, but a Victorian folly from the late 1880’s which was designed as a restaurant.  In its early days its roof was also used by Guglielmo Marconi for experimental wireless transmissions to the Isle of Wight.  It is now a Visitor’s Centre for the park.

Situated behind the castle, in the estate grounds, is the Great Globe.  This is most certainly worth a visit.  It just looks like a ball of rock, right?

Wrong!  The Great Globe is actually a map of the world.  It measures 3 metres (10 feet) across and weighs in at 40 tons – that’s almost 6,000 times as heavy as I am!  Can that be right?  All of the sources I have seen say it weights 40 tons although I wonder if they meant tonnes and not tons, which would only make it 525 times as heavy as me.  Either way, it is big and it is heavy.  It is said to be one of the largest stone spheres in the world.

Constructed in 1887 of local Portland Stone, the Great Globe is surrounded by stone panels which were completed in 1891.  At the base of the globe are comparative dimensions of the Moon and planets of the Solar System.  It also includes the least and greatest distances of each planet from the Earth.  Note Pluto is missing – it wasn’t discovered until 1930, some 40 years after the Great Globe was made.  Neptune is there – it was discovered in 1846. 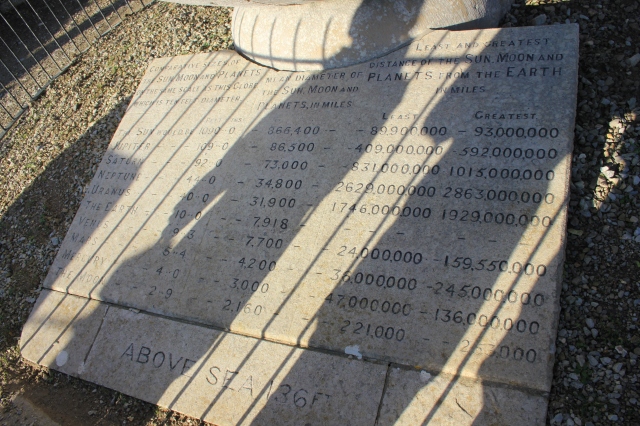 On the walls around the globe are further stone panels, carved with quotes from the bible and famous poets, and with facts about the Earth and other heavenly bodies.  Did you know:

The Great Globe even has stone panels specifically designed as a graffiti wall:  “Persons Anxious To Write Their Names Will Please Do So On This Stone Only” – and what do you know?  Everybody seems to respect this request! 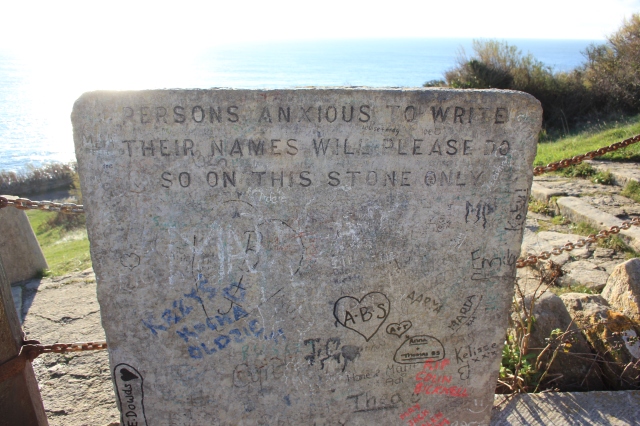 Walk #77 Statistics (of which this post forms the second part):