We left Old Harry Rocks and turned south, walking along the clifftop path towards Ballard Down.  More chalk stacks can be found just to the south of Old Harry, known as The Pinnacles.

As we walked up onto Ballard Cliff the whole of Swanage Bay opened up before us.

I stood captivated at the landscape below with its layers of sand, shingle, surf and seaweed.  It was a grey day and I wasn’t expecting such transient beauty! 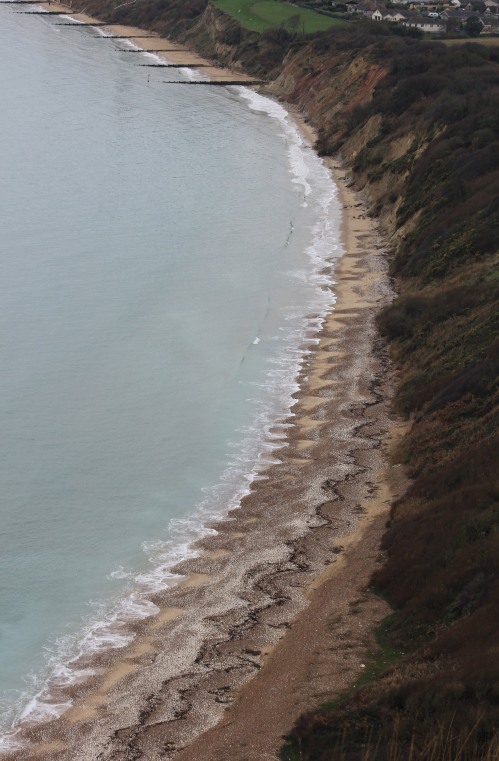 Walk #76 Statistics (of which this post forms the third part): 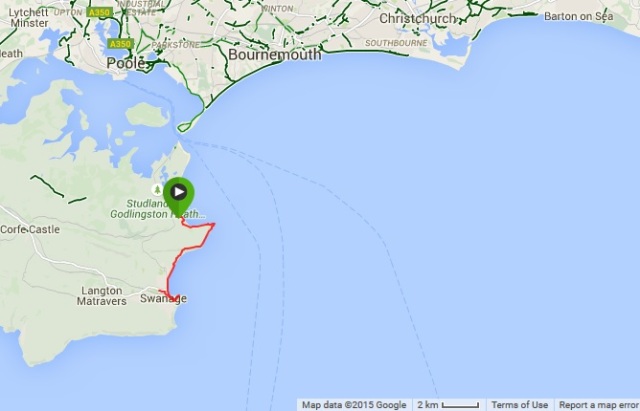