The Žižkov Tower is the only tower in Prague that is a member of the World Federation of Great Towers, but there are plenty more towers to explore in Prague if you are that way inclined.

One of Prague’s top tourist attractions is the Old Town Hall Tower with its Astronomical Clock.

The Astronomical Clock is intricately detailed and springs into life once an hour on the hour.

During the preceding minutes tourists crowd in front of it, pressing into each other and waiting expectantly with their cameras at the ready. 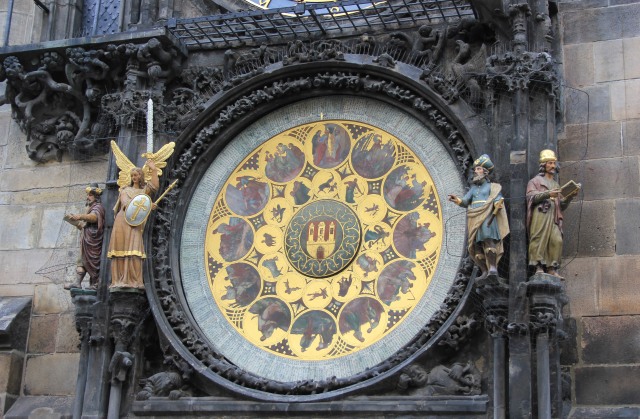 On the hour a bell chimes and two windows open.  The twelve apostles appear in a procession, each turning in their window to face the crowd.  At the end of the procession a golden cock, sat above the two processional windows, crows.  And that is that.  The tourists quickly disperse again, only to reappear one hour later for the next chime. 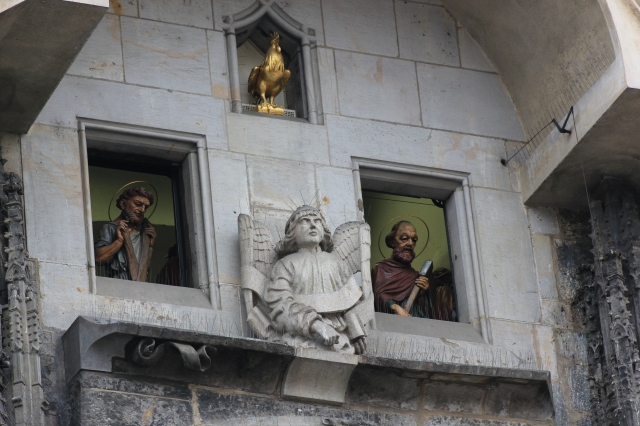 The tower itself can be accessed either by lift or by a gentle pedestrian walkway which winds itself round the perimeter.  Information boards line the walkway.

The tower is 70m (230 feet) high.  Views are afforded by an open-sided balcony at the top.  There are no cages or nets around this vantage point – good!  Whilst I appreciate that such things are designed to prevent people from falling or throwing themselves over the edge, they also perform very well in the role of restricting views, making tourists feel as if they can’t be trusted, and preventing a decent photograph from being taken. 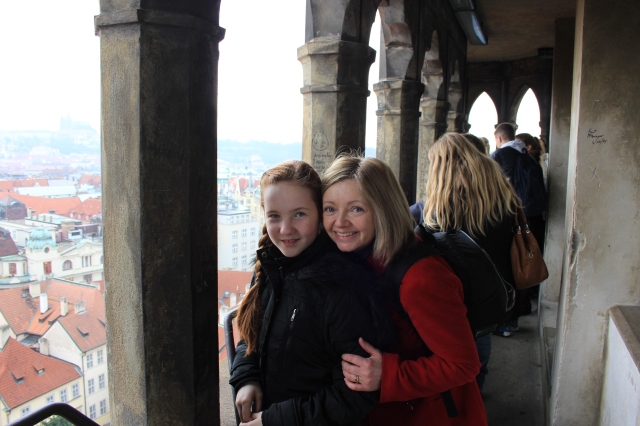 The views from up here were far more rewarding than those from the Žižkov Tower.  The Old Town Hall Tower is situated right in the middle of Prague, meaning many of the views were of places which were already familiar to us.  And Prague really is a beautiful city. 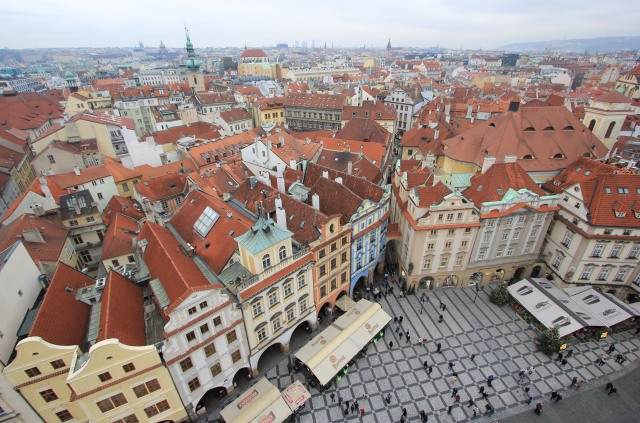 In the distance we could see Prague Castle and St Vitus’ Cathedral. 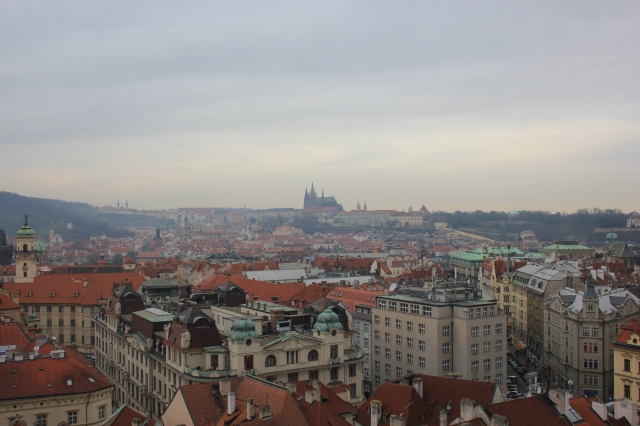 There was the Žižkov Tower from yesterday, with its faceless ant-like babies still swarming over it.

And over to the west, across the Vltava River and perched on top of a hill, we could see the Petřín Observation Tower, our next destination. 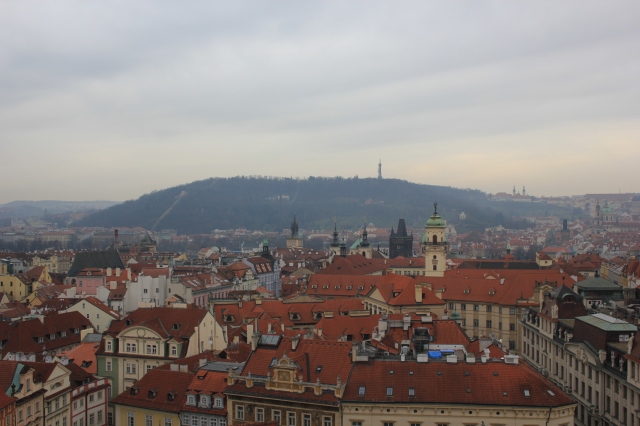 We preferred the Old Town Hall Tower to the Žižkov Tower.  It was more conveniently located.  It was more informative.  The views were more inspiring.  And I couldn’t help noting that we didn’t have to wade through a sea of dog poo to get there.  Now it was time to see how the Petřín Tower compared.