The Coastal Path in Scotland – Jura

Jura is the eighth largest Scottish island by size, yet the thirty-first largest by population.  It is 36,692 hectares, and yet in 2001 was populated by only 196 people.  This means that there are 20 million square feet per person which, you would think, is plenty of room for a decent sized house with an outside hot tub and a few chickens to boot.  Unfortunately Jura is mostly blanket bog, meaning the walk up your new driveway would feel nice and bouncy, but you might find your nice new house had sunk and disappeared by the time you got to your front door.

All the same, it is a beautiful place with friendly people.  We took the ferry over from Islay.  We took the A846, the island’s main (and almost only) road in.  The A846 sounds quite grand, but it is a single track road with passing places which I quite liked.  The Paps of Jura dominated the skyline on the way over from Islay. 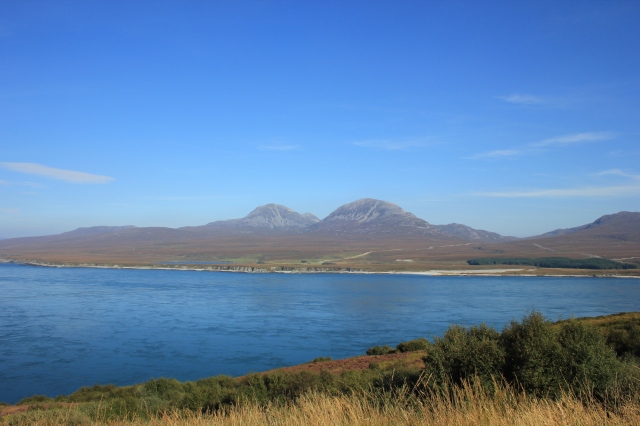 The Paps of Jura are three hills (you can just see the third peeking out, behind the left hand one) on the western side of the island.  The word “pap” is an ancient word whose origin is Old Norse and refers to the female form of a breast.  I had no idea of the origin of the word when I was there having my photo taken with the Paps in the background.  With the benefit of this knowledge my photo now looks outrageously indecent as I nestle myself between them! 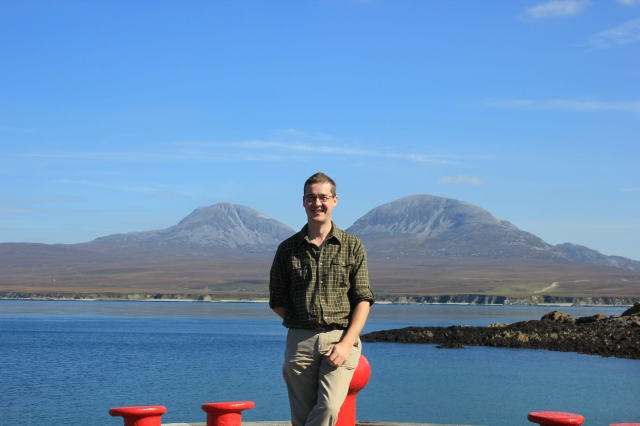 Our trip to Jura was to see this: 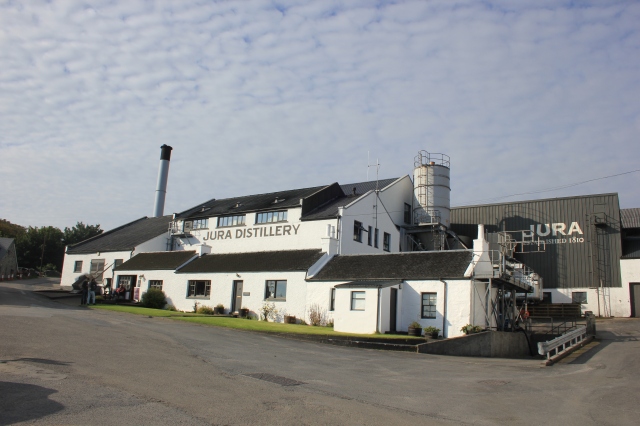 But I couldn’t help facing away from the distillery to look at this instead: 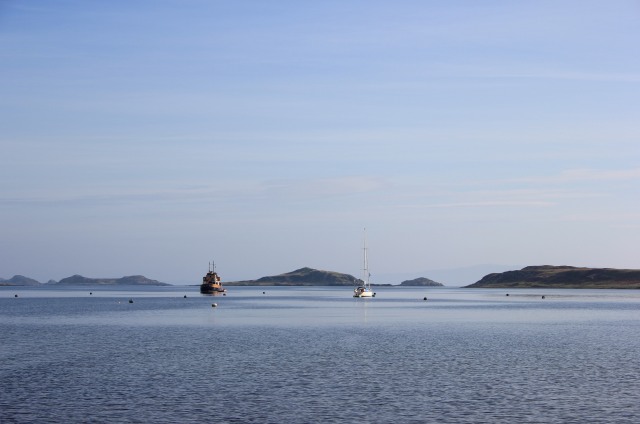 The sparsely populated Jura has a raw beauty.  I only saw a small piece of it and wish we had spent more time there.

This entry was posted in Islands, Scotland, Whisky and tagged distillery, Jura, Paps of Jura, Scotland, travel. Bookmark the permalink.

2 Responses to The Coastal Path in Scotland – Jura