We had three choices before us.  We could either take the coastal path along the beach; the high path up Hengistbury Head; or the inland path around the head.  This, for me, was an easy decision.  We are coastal walkers and there is only One True Coastal Path of Righteousness as all coastal walkers know.  The beach it was.

To be fair the high path was mostly only 160 feet off the beach, and up to only 500 feet at its furthest point.  And you did get some good views, as promised.  There were the beach huts snaking their way along Mudeford Spit.

And as we got higher and further away we had good views of the entire spit.  We could see how small the entrance to Christchurch Harbour is compared to the harbour itself. 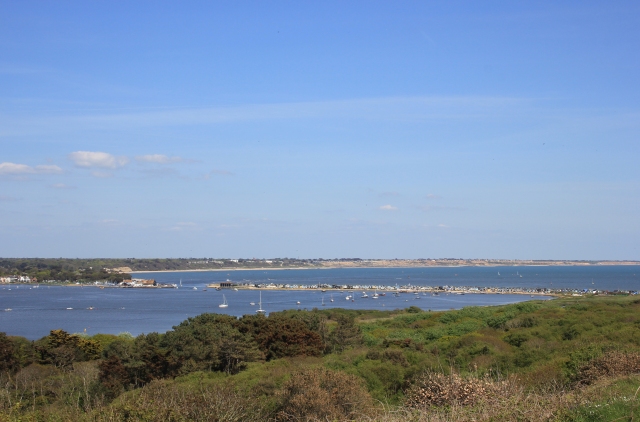 Behind the Coastguard Station we had good views over to the Isle of Wight and the Needles.

And to the west, in front of us, stretching away into the distance, was Bournemouth. 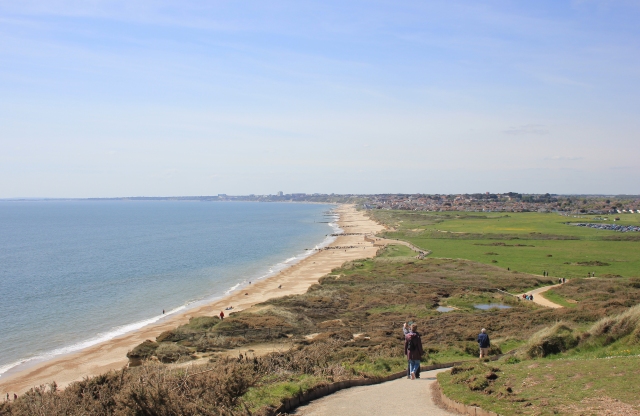 Hengistbury Head is a Site of Special Scientific Interest (SSSI) as it was a first settled over 12,000 years ago, in the Stone Age.  A sign caught my eye.  It depicted the defensive “Double Dyke Gates” which existed 2,000 years ago on this site.  Imagine seeing this and you plodded around the coast of Britain!

But I still would have preferred to have seen the One True Path of Coastal Righteousness!

Walk #71 Statistics (of which this post forms the fifth part):