Somebody once asked a question:

How many roads must a man walk down before you call him a man?

It is a famous question.  Many consider it to be a rhetorical question; a metaphor for the journey of life.  Not me.  I can tell you the answer.  The answer is five.  The roads you must walk down before you can be called a man take you from Hythe to Lepe and include the busy B3053 Fawley Bypass. It is tedious trudgery and I became a man during this journey.  So did my children, wife and aunt.  I can only assume that Bob Dylan has never been to this part of Hampshire.  If he had he would have found his answer and one of his most famous songs would never have been written.

When the opportunity arose we halted our long walk to maturity and found our youthful spirit. 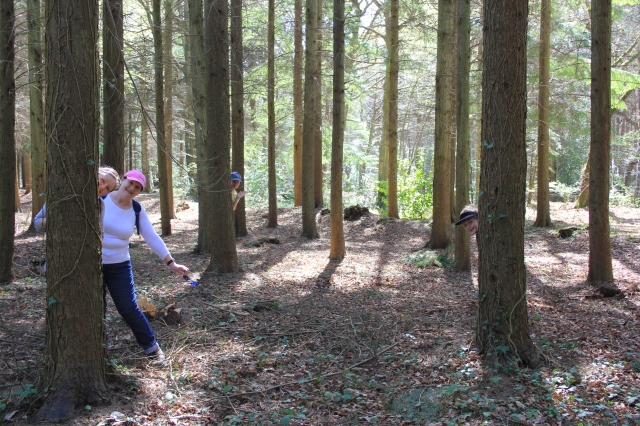 But soon we became tired of the tedium.  At one point we even started talking to faces in the trees.  Good day to you!  How very nice to meet you! 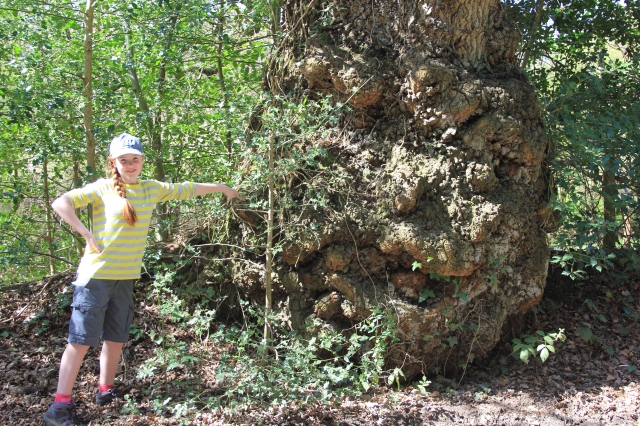 From our Tarmac of Trudgery we also had the opportunity to see some wildlife.  Look!  Pheasant!

And look over there!  Red-legged partridge!

It has to be said that some animals looked more healthy than others.  But what do you expect with 13 miles of roadwalk?  How many roads must a rabbit hop down before you can call it a rabbit?  The answer, my friend, is blowing in the wind.  Along with bits of fur and entrails.

We first saw this poor bunny when we parked our car at Lepe at about 9am.  Freshly killed, its insides at that time were, well, inside.  During the six hours it took us to drive to Hythe and then walk back to Lepe its corpse had clearly been through a lot.  This sight epitomised our feeling for our long day’s road walk, which is quite a selfish thing to say in some respects given that we were still alive and the rabbit wasn’t.  But after 13 miles of tarmac this picture rather summed it all up for us.

Barely 100 yards further on we reached the freedom of the coast and left the cars behind.  The day’s walk was over.  The sea was a welcome sight.  I had never been this close to the Isle of Wight before. 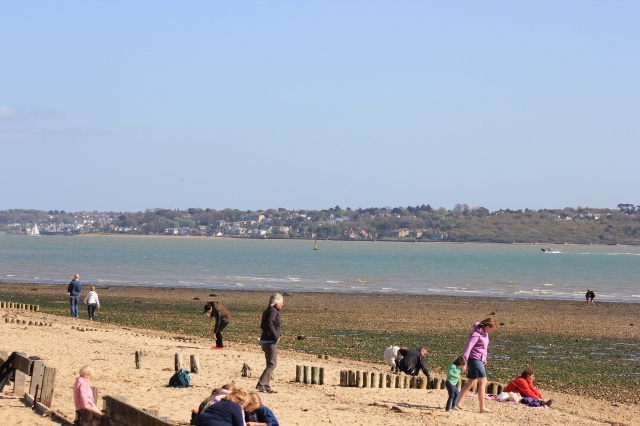 Walk #68 Statistics (of which this post forms the final part):