A lot of the town walls still exist today, something else I didn’t realise because I never thought about that either.  It seems to me that I cannot be blamed for this; it is entirely logical.  If I never bothered to think about whether they existed in the first place then it is only fair that I should also have never troubled myself to think if they still existed today.

But exist they do.  Here is the South Gate Tower, a medieval structure with a more modern extension just to its left. 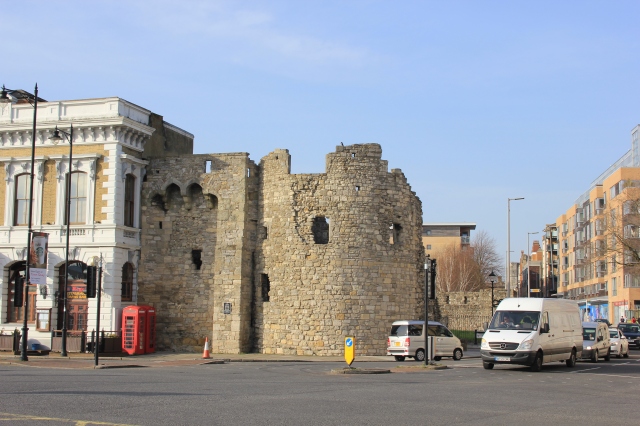 We did not get to see many of these structures because we needed to catch the Hythe Ferry.  Look!  Here is comes now!  Was it really going to take us to all those smoggy chimneys in the background? 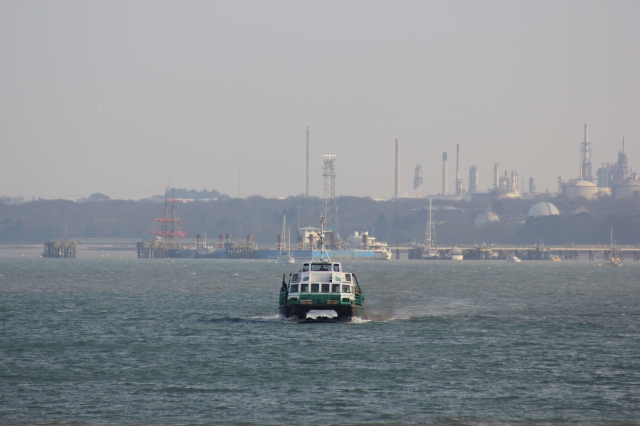 As we looked back at Southampton it looked far prettier than it had from its landward side!  As we pulled out, the Red Jet fast service to the Isle of Wight pulled in. 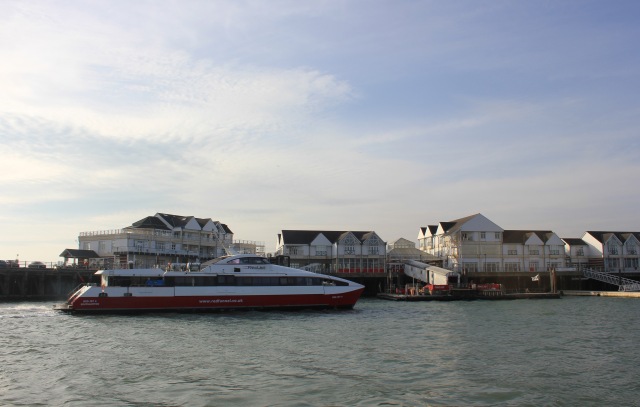 One of the things I like about ferries is that they give you a perspective not otherwise seen from the shore.  We saw the Glovis Conductor (which had arrived from Antwerp) taking on cargo. 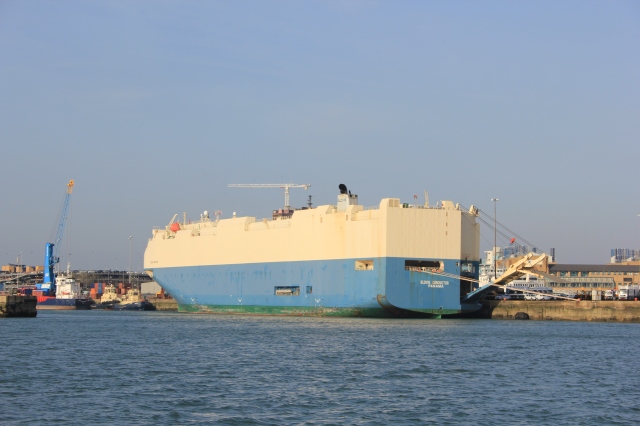 Tractors sat at the edge of the docks, lined up and ready to go to a new home somewhere else in the world. 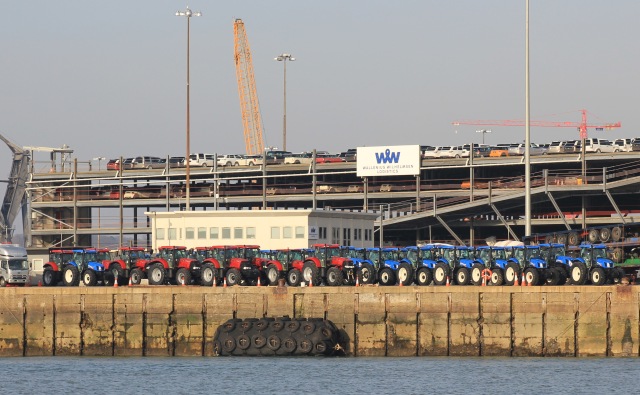 Tugs were moored further along the docks. 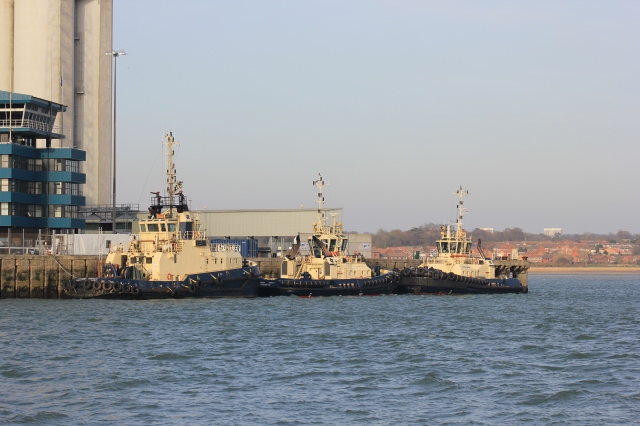 And then the docks were left behind us.  We joined other ships heading south towards open sea. 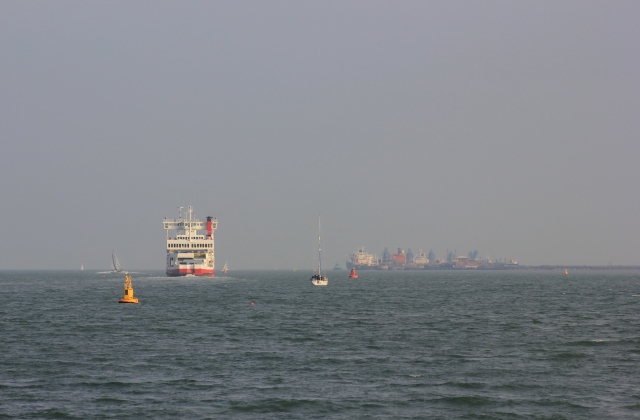 Our ferry, however, was not heading out to open sea.  We diverted east towards the head of Hythe Pier. 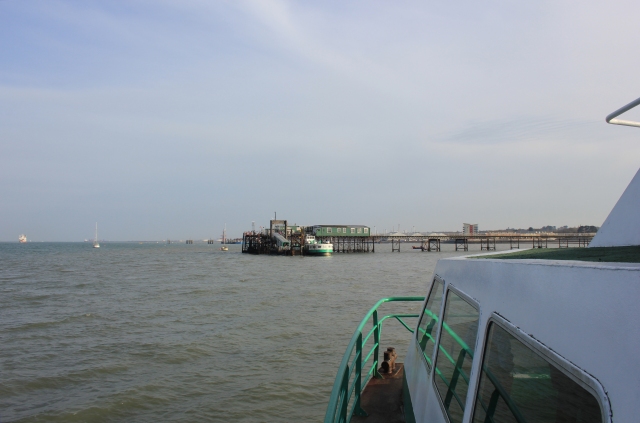 At long last we were over Southampton Water and could now start making our way back south, back to the coast.

Walk #67 Statistics (of which this post forms the fifth part):