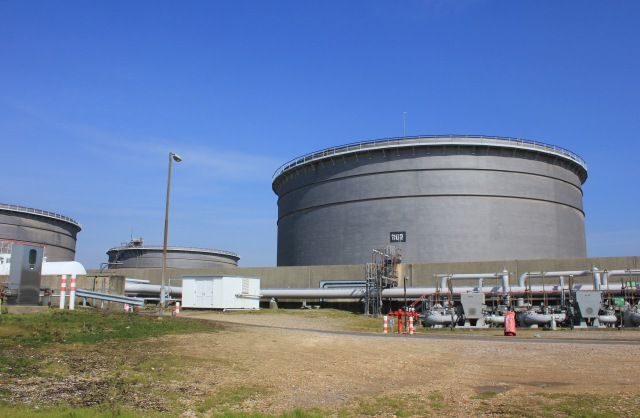 I think the sign-writer got the words mixed up.

Oh, what was I complaining about?  There was some pretty interesting stuff to see.  Hamble’s oil jetty stretched into Southampton water. 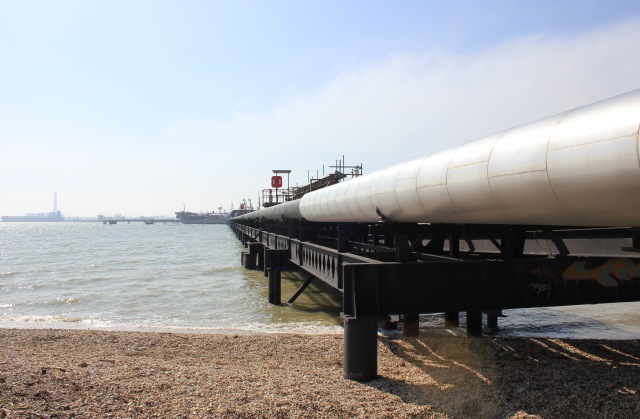 The view across the water showed us that even after we made our crossing we would be contending with more industry.

It dwarfed everything that dared approach it! 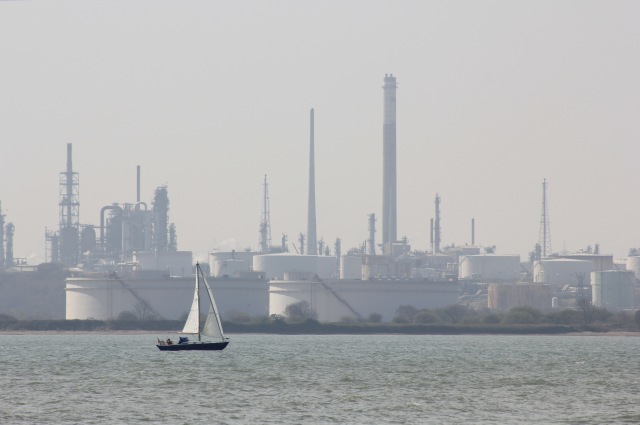 We walked beyond the industry on our side of the river and towards Royal Victoria Country Park.  We passed an EXDO Post (Extended Defence Officer Post) on the way, now used more for decoration than defence. 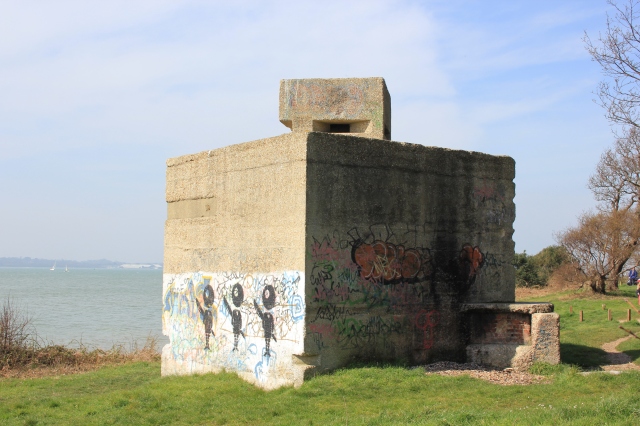 EXDO posts were originally built in the First World War to act as shoreline control posts, supporting troops engaged in the defence against submarines.  By the Second World War the requirement for these posts was significant.  Their role was to co-ordinate in-shore minefield operations and also “passive” measures, such as the placing of nets and booms.  They also listened for enemy activity with hydrophones.

There was no enemy activity today: it was too hot.  Even my son had refrained from his regular enemy activity of gleefully hunting my daughter with sticks fashioned into swords.  I left the EXDO post to continue its silent stance against submersed invaders and tore off after the others.

Walk #67 Statistics (of which this post forms the second part):