66b – Gosport to Stokes Bay

In another part of the harbour we saw HMS Alliance.  Well, we almost saw HMS Alliance; she was strategically tucked away behind a web of masts.  Submarines are supposed to be stealthy, and this one was no exception. If you wanted a closer look (and we really did) you needed to go into the Royal Navy Submarine Museum.  For those who did not have time (and we really didn’t) she remained tantalisingly out of reach.  Can you see her?

We continued on, along a rather tedious road-walk, until we got back to the coast at Fort Gilkicker on Gosport’s southern tip.  Fort Gilkicker was one of the Palmerston Forts, and so never saw any action.  Like other Palmerston Forts, it served a defensive purpose during both World Wars.  It is today a Listed Building and Scheduled Ancient Monument and is awaiting conversion into 22 luxury 3-storey houses. 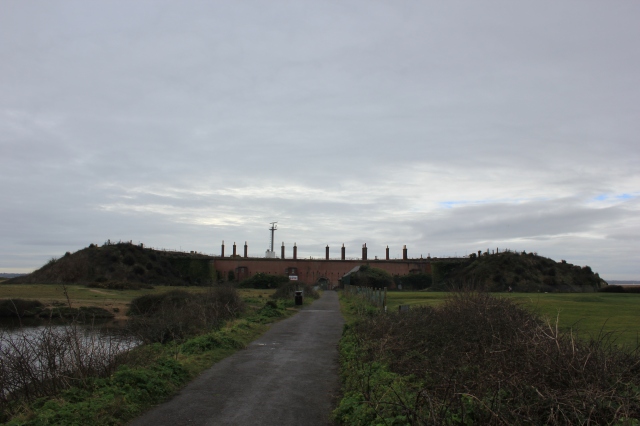 As we rounded the far side of the fort we found evidence of an incursion.  These are not uncommon on such structures and for a minute I was tempted to crawl in and explore, however, I was lacking a torch.  I did have an idea on how to overcome that problem:  my wife has sparkling blue eyes, full of radiance, which would have lit the way as surely as a juggernaut on a midnight motorway.  I turned to speak to her about my idea, but she was staring at me, obviously having guessed my intent.  Like a bunny in her headlamps I froze for a moment too long and the idea was squashed flat.

We continued on, taking a last look back at the Solent Forts which could now be seen standing guard in a line. 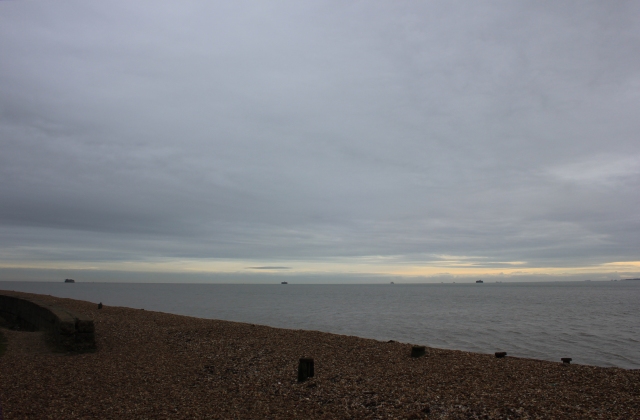 Walk #66 Statistics (of which this post forms the second part):

4 Responses to 66b – Gosport to Stokes Bay