The Coastal Path Gets Printed!

In December 2013 I was thrilled to have one of my photographs published in National Geographic.  Now, having been published, The Coastal Path has also been printed!

In April 2013 we took a trip to Paris, where we spent half a day in the Louvre.  During the Louvre trip there were times when instead of gazing horizontally at works of art I found myself gazing vertically, admiring the ceilings.  This may sound a little strange, but these ceilings really were quite spectacular: 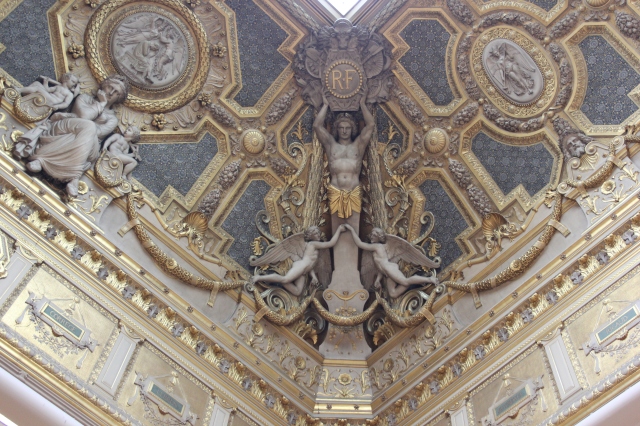 I published this photo on my blog and thought nothing more of it.  Then, a couple of months ago, I received some emails from two very friendly people from Denmark, called Martin and Jonas.  They were wondering if they could use this photo for a “project” they were working on.  I asked for a few more details; it turned out they were designing a t-shirt for a Danish fashion label called Galaci.  Never one to turn down the opportunity of becoming a fashion designer in addition to a National Geographic photojournalist, my consent was readily given.  Martin and Jonas worked their magic with the picture, incorporating a mirroring technique, and here is the design:

Do you see the mirroring?  Look at the angels’ hands and the loin cloth and compare them to the original ceiling.

With the design finished, Jonas then got production going, and on 7 March 2014 the “Baroque Tee” was launched on the Galaci website, retailing for €39.00. 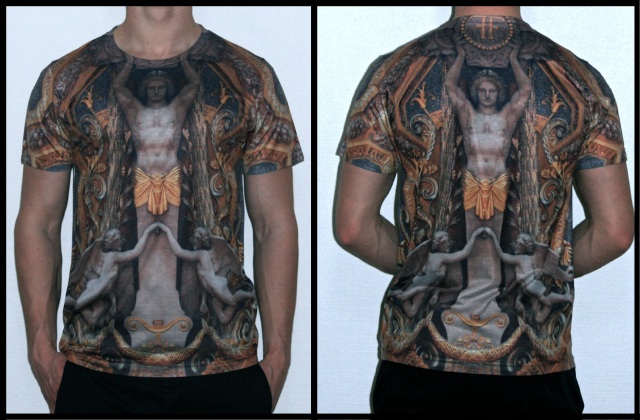 If you happen to see two people on the south coast of England wearing matching t-shirts and walking boots, and if you then you see two pre-teenage children running behind also wearing the same t-shirts, shout!  That will be us!

17 Responses to The Coastal Path Gets Printed!