65a – Hayling Island to Eastney

Two weeks ago we drove for two hours, from London to Hayling Island.  We got to the ferry but found it was out of service.  We walked back to our car.  We drove for another two hours, back home.  Four hours of car travel for a couple of miles!  If you look up in the sky, way way up, you can just make out a little hole in the ozone layer, drilled out by our four-hour car journey.  Through this hole the sun shines directly onto my head.  I feel the burning guilt of its rays following me around.

For two long weeks we waited.  When the weather was good family commitments poured down on us.  We could not reach the coast.  When we were clear of family commitments the weather poured down on us.  We still could not reach the coast.  Then, miracle of miracles, we had a free weekend!  We had clement weather and clement relations!

I called the ferry.  It was still out of service.

It’s not that I have anything against Hayling Island.  I don’t.

I just wanted to get off it.

During my working week I sat in London (trying to avoid the piercing rays that burned down through the ozone hole above me) dreaming about getting off Hayling Island.  Never before had I wanted so much to get away from somewhere I wasn’t even at!

I do, however, wish to reiterate that I have nothing against Hayling Island.  It was actually quite a lovely place to walk.

We eventually had another free weekend, and this time the ferry was running.  With meticulous planning we got down to the ferry, got out of our car, and walked over to the ferry pontoon.

“You’ve just missed it!” called a man in overalls who turned out to be the pilot.  “The next one’s in 50 minutes”.

For the next 50 minutes I sat patiently, watching men in unflattering wetsuits as they raced around Langstone Harbour on their jet skis. 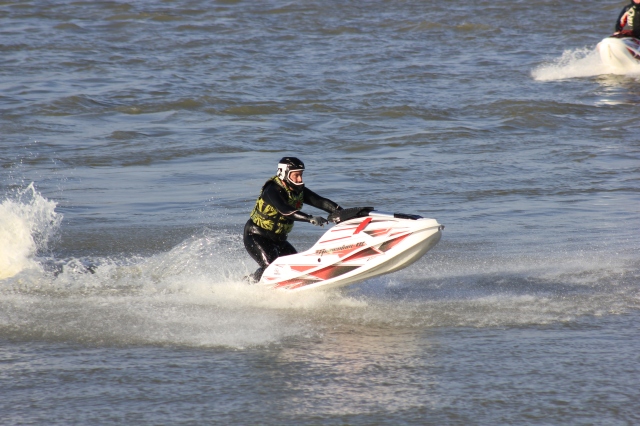 Eventually our 50 minutes were up.  We hurried across to the ferry again – there it was! 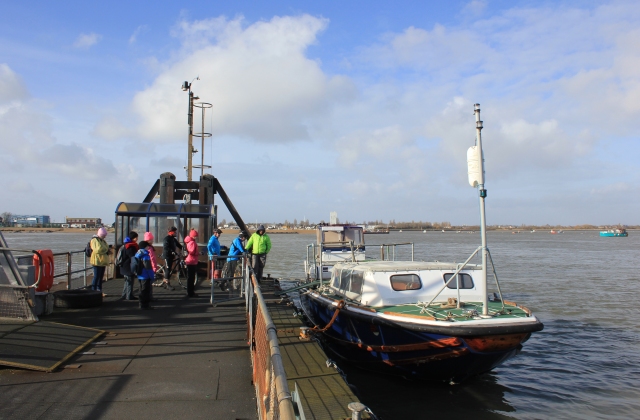 Walk #65 Statistics (of which this post forms the first part):

1 Response to 65a – Hayling Island to Eastney