On my final day in Scotland I had a plane to catch and Campbell had to drive back to Edinburgh.  However, we decided we had just enough time to squeeze in a small segment of Coastal Path.  Small it turned out to be – after a quarter of a mile we turned back for the car and headed off to the airport!

We chose Hopeman, just east of Burghead, for our walk.  Parking in the harbour car park we wandered off east, into the small and picturesque Hopeman Bay. 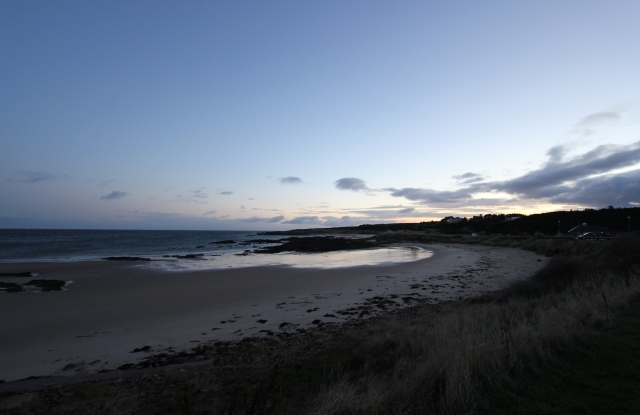 Hopeman Bay sands on a sandstone base, the formation of which dates back some 195-280 million years.  The cliffs in the area were originally huge sand dunes.  Fossilised footprints have been found here, thought to have been created by reptiles climbing up the dunes as they tried to escape flash floods.  It is likely that the fresh footprints were baked by the sun as soon as they were made, allowing them to become fossilised millions of years later.  Baked by the Scottish weather, you ask?  Yes!  Scotland was only 20 degrees north of the equator at this time, and it was therefore rather hotter than it is today.

Had we the time we may have stopped and searched for some prints, however, time was pressing.  I had a flight to catch and Campbell a three hour drive ahead of him.  We turned and walked back to the harbour where we bade our farewell to this section of coast – for now… 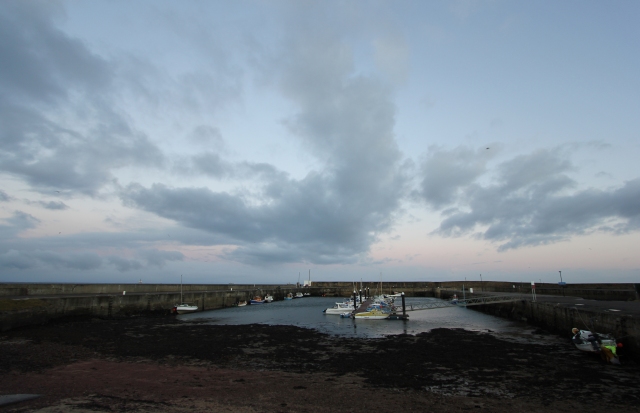 Location of Hopeman Bay (copy and paste the co-ordinates into Google Earth):