Our walk around Thorney Island was coming to an end.  Emsworth beckoned to us from beyond the grey water and from under a grey sky. 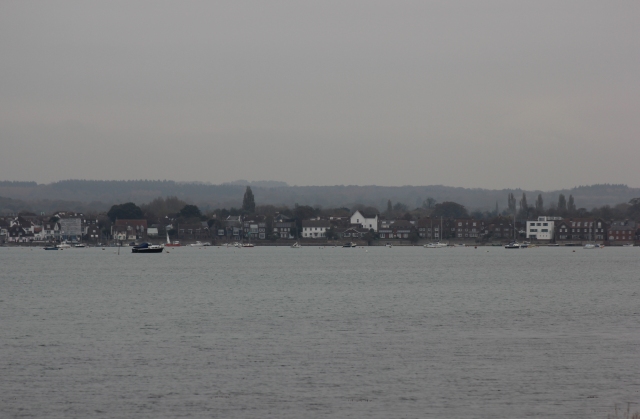 We reached the gated exit which marked the end of the army base.  Once again, we had to buzz the intercom to be let out, and once again we were tracked by the security cameras as we approached.  The intercom crackled into life a split second before we were about to press the intercom, and a voice gave us permission to leave.

Deb and I had been walking slightly ahead of the others.  “Should we wait for them to catch up?” I wondered.  We decided not.  Cate would have fun buzzing the intercom herself and talking to the soldier at the other end of the line, or so I thought!  She was absolutely incensed that we had exited the base, leaving her locked in to a life of captivity.  She remonstrated with my wife through the barbed wire; what a stand-off!  It was like a mini Cuban Missile Crisis, but in pink! 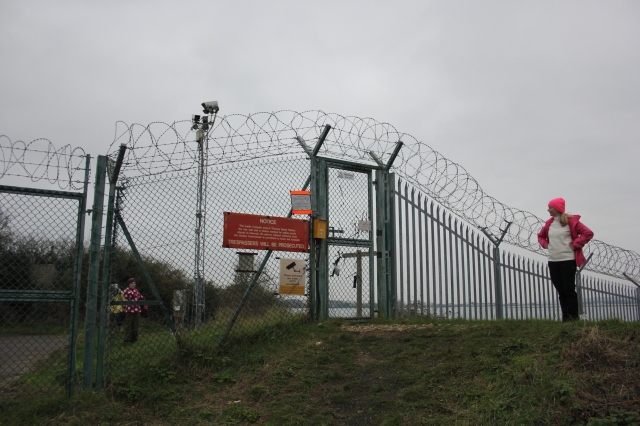 I stood and watched, keeping my eye out for a detachment of armed peacekeepers who would surely come storming out from the base at any moment to defuse the situation.  My daughter’s remonstrations were brought to an end by the clever man on the intercom.  No doubt listening to the proceedings, he pressed a button; the gate buzzed; my daughter ran and burst through to make her escape.  We were free!

Just beyond the gate the others stopped dead and gasped.  “Look at this!” they yelled.  I walked over and found them looking into the waters of the Emsworth Channel, at a tiny yet powerful whirlpool.

What was causing this aberration in the water?

Like Sherlock Holmes I sprang into action.  After a brief inspection of the area I deduced the elementary answer.  The water that separates Thorney Island from the mainland is known as the Great Deep.  It is at a lower level that the Emsworth Channel which leads out to Chichester Harbour and the sea.  The embankment we were walking on separates the Great Deep from Emsworth Channel.  Three great underwater pipes run underneath the embankment and linked the two.  It was high tide, the waters of Emsworth Channel were being sucked out and spewed into the Great Deep via these pipes.  The whirlpool was being created by the suction, like a giant plug hole. 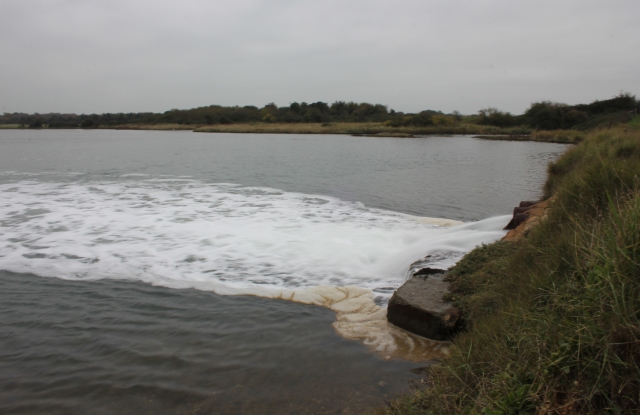 The Mystery of the Great Deep having been solved we continued our way north, arriving at Avocet Quay.  This is a private estate of strange-looking holiday homes.  Built on central stilts, one of these two bedroom “cottages” will set you back some £250,000 to £300,000. 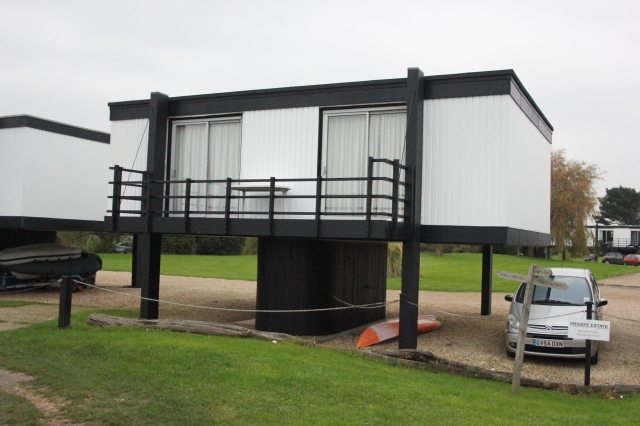 Just north of Avocet Quay is Emsworth Yacht Harbour.  Many of the boats there were covered in tarpaulin.  The name of one of them explained why! 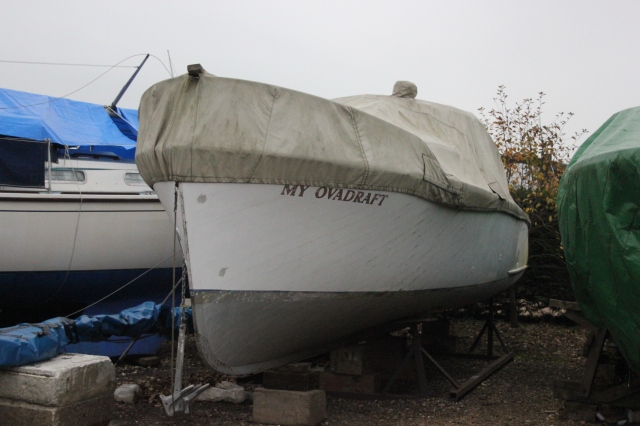 We exited the marina.  Emsworth was close, but we were only a quarter of a mile or so from our starting point.  We walked back to our car in Prinsted, looking forward to the fact that on our next walk we would pass out of West Sussex and into Hampshire.

Walk #61 Statistics (of which this post forms the final part):