The Coastal Path in Amsterdam – Herons

There are lots of herons in Amsterdam.  We first saw them in the Vondelpark, on our first day.  On our third day, as we walked to the Nederlands Scheepvaart Museum, we passed the zoo.  There we saw a heron trying to assimilate itself into the lifestyle of a flamingo.  Do you think they noticed?  I think they did.  On the right hand side of the photo there is a flamingo looking at the heron rather angrily.

A little later, we saw a heron stood at the side of a canal.

It allowed us to get quite close. 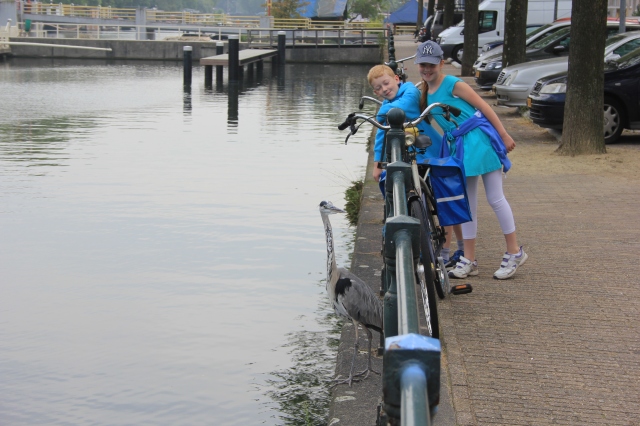 But not that close – I blame the blurriness of this next shot on my children.  They caused the heron to move.  As the heron moved it caused my camera to move.  As my camera moved it caused my photo to blur.  When you read books about bringing up children they all talk about cause and effect.  I never really understood what that meant until now.  It means that parents have a legitimate ability to blame everything on their kids, becasue the kids caused it all.  Funnily enough, I have noticed that our kids have exactly the same claim against us.  The heron wasn’t interested in all of this.  It flew off. 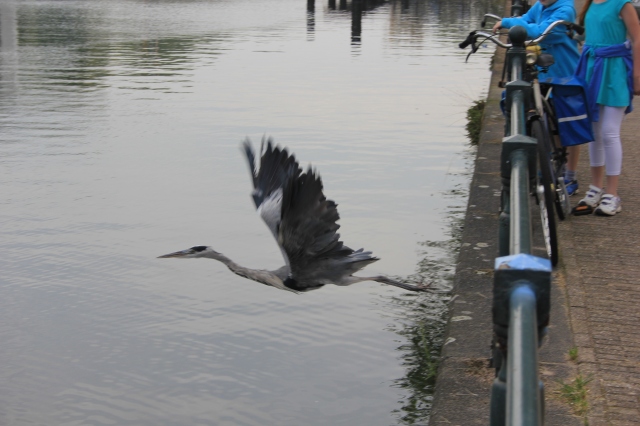 Points on this part of our Day 3 walk through Amsterdam (copy and paste the co-ordinates into Google Earth):

Walk Statistics (of which this post forms the first part):

This entry was posted in Netherlands and tagged amsterdam, flamingo, heron, netherlands, travel. Bookmark the permalink.

3 Responses to The Coastal Path in Amsterdam – Herons