The Coastal Path in Amsterdam – Leidesplein

One of the things we enjoyed in Amsterdam was sitting down in the early evening to watch the world go by.  We invariably did this in Leidesplein, a square lined with bars and filled with tables and chairs.  Leidesplein was definitely touristy, however, there were also many Amsterdammers who used the square, and to us the area seemed to be a pleasant mix of people from all over the place.  Rising above the crowds and table umbrellas were tall trees, providing a green canopy to the concrete below, and a lofty and leafy peacefulness to stand aloof above all the noise.  Several of the city’s tram routes stopped at Leidesplein and it was a busy interchange.  We found it a great place to people-watch. 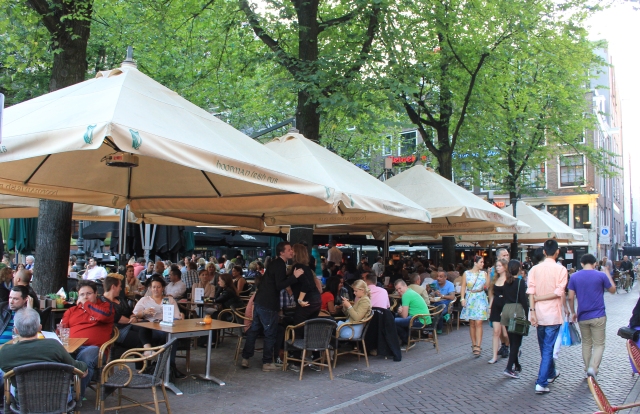 Every night a group of street entertainers positioned themselves close to where we sat.  One would begin to sing a few words, to which the others answered in chorus.  They started quietly, increasing the volume as a tambourine and another instrument (consisting of a single string tied at either end of a taut stick) were also brought in to provide a background rhythm.  As this caught the attention of those sat around the square, a small series of acrobatic displays would start.  As the acrobats showed off their stomach muscles, I sipped my beer and wondered if I had any like that stored safely away under my paunch. 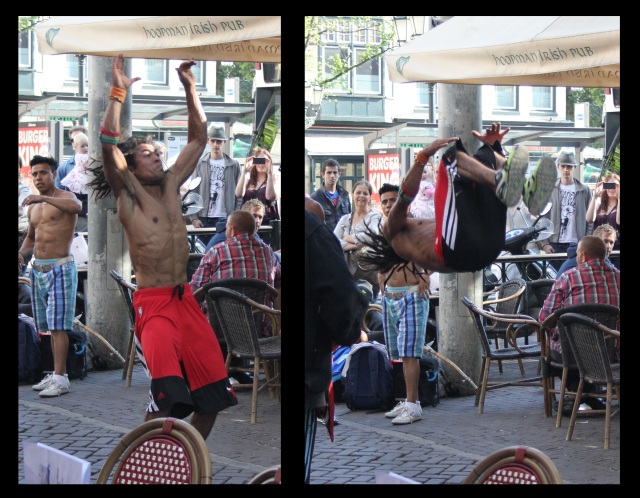 Two of the men then come forward and started a form of display fighting.  One would make a high and sweeping kick at the other, who would lean back to avoid the kick whilst making a kick of his own in a counter-direction.  This gave the appearance of the legs criss-crossing each other in mid air, and it would go on and on.  The object was to get the attacking moves as close as possible to the opponent without actually making contact, whilst at the same time ensuring a fluid and continuous display.  Here they go! 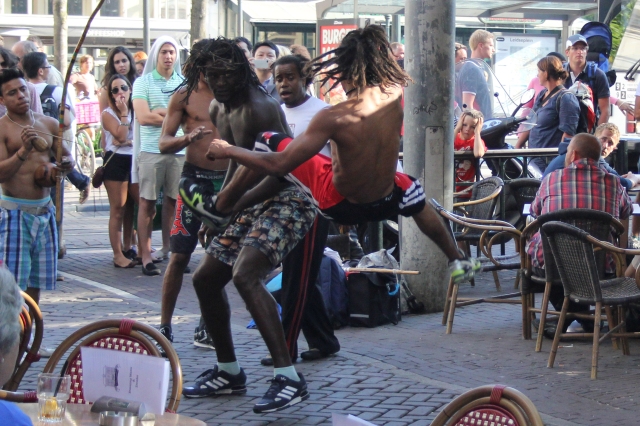 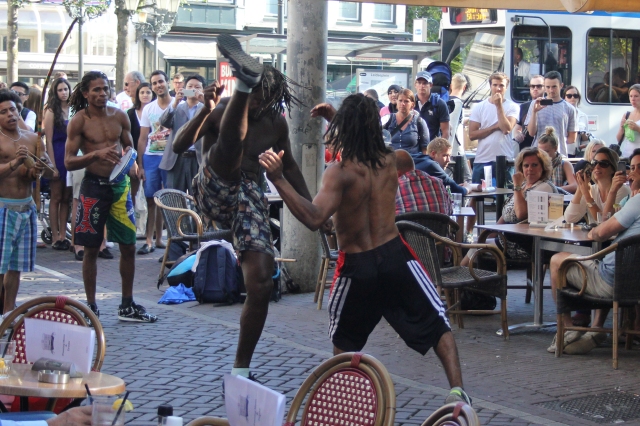 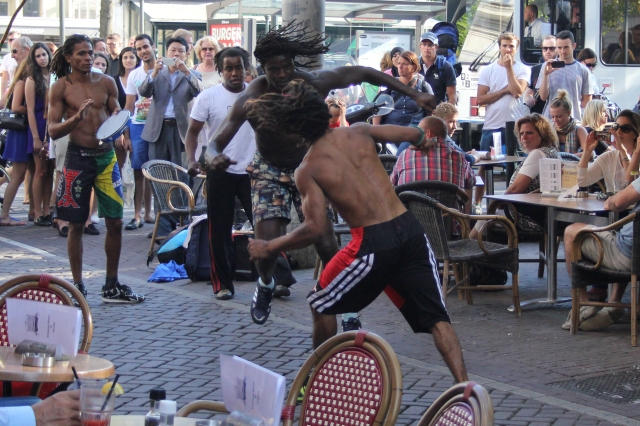 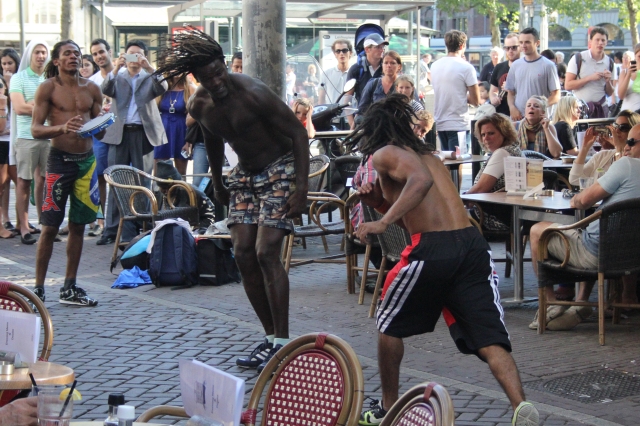 Sometimes it looked as if someone had been kicked in the face, although the two fighters almost never hit each other.  I say almost, but one time contact was accidentally made.  The crowd flinched and the fight stopped.  The fighter who had landed the kick looked truly horrified, whereas his combatant grinned and played for the crowd’s sympathy for all he was worth.  I imagine that worth was quite a bit.  When the tambourine came round at the end I put a little extra in for his pains!  This next picture is not of that kick, although it looks as if it could have been, it was that close! 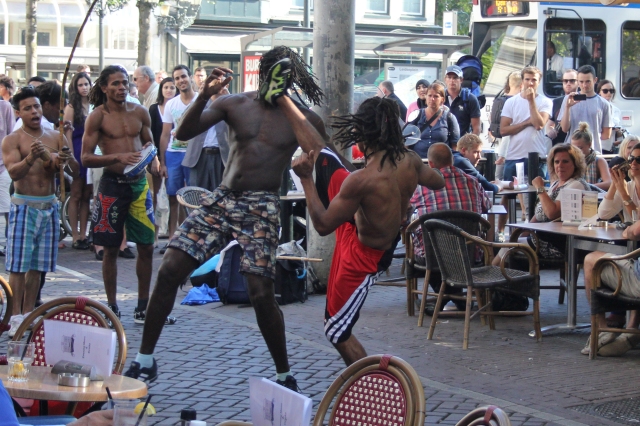 Points on this part of our Day 2 walk (and paddle) through Amsterdam (copy and paste the co-ordinates into Google Earth):

Walk/Paddle Statistics (of which this post forms the sixth part):

This entry was posted in Netherlands and tagged amsterdam, leidesplein, street entertainment, travel. Bookmark the permalink.