Posted on October 6, 2013 by Wingclipped

As we wandered along the beach at Bracklesham, collecting fossils as we went, kite surfers set themselves up in the shallow waters.  Setting up to go kite surfing when you are on your own is, I believe, one of the Dark Arts.  We watched one man in particular as he unpacked, hooked himself up to his harness, and then arranged everything on the sand.  He managed to call to the wind, which came in and picked up his kite.  Straining against it, he carried it into the sea.

Straining against the kite is one thing, but this man also had to strap his feet to the surfboard, all the time whilst keeping his balance and controlling the kite.  He managed this and then stood still, waiting for the right wind in the right direction to pick up his kite.  This exercise required patience (another of the Dark Arts), but all of a sudden he was up and away. 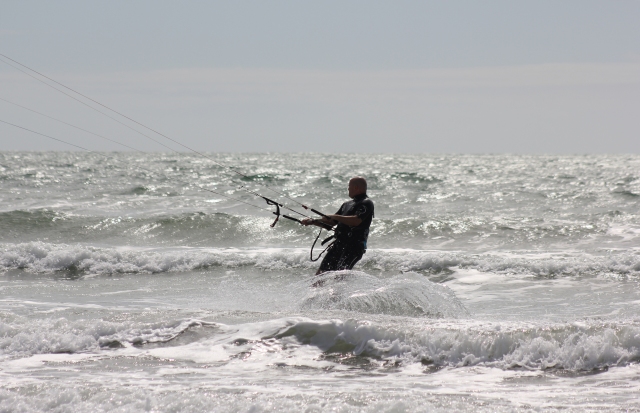 As we watched the kite surfer zip up and down the shallows, something else caught our eye in the distance.  It was so far away I could only manage to take a vague and fuzzy photograph.  It was some form of tower with a crane on its top.

What was this?  Here, take a closer look: 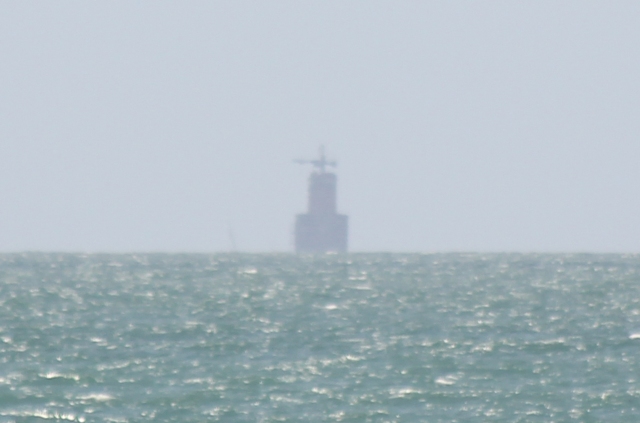 I could only think that this must be Nab Tower, an anti-submarine tower built during World War One.  It was to be one of eight towers, all linked up by steel nets in the Straits of Dover, but only one was ever completed.  Its cost was one million pounds, an enormous amount at the time, and by the end of the war it had not even left Shoreham Harbour.  In 1920 it was decided that the tower would replace a lightship off the east coast of the Isle of Wight, and so it was towed out to Nab rocks and sunk onto a concrete base.  This was quite a feat, and it ended up standing only 3 degrees off vertical.  It now has a lighthouse on top and is a major navigational aid to shipping in this area.

As much as I could only imagine that the structure we were looking at was Nab Tower, Nab Tower does not narrow at the top, so the truth is I am not really sure.

There was nothing we could do to clarify the matter in the middle of a beach, so we moved on, eventually reaching West Wittering where our walk came to an end.  Before we arrived at the car park entrance, we stopped off briefly at a local building: 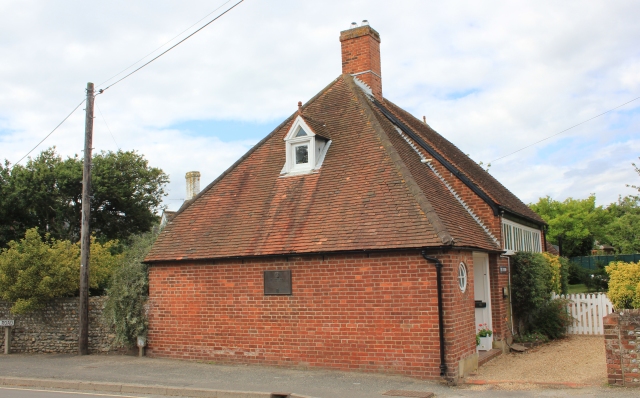 It may not look all that grand; in fact it sits very comfortably in its quiet and pretty surroundings.  A rather famous man once lived here though: 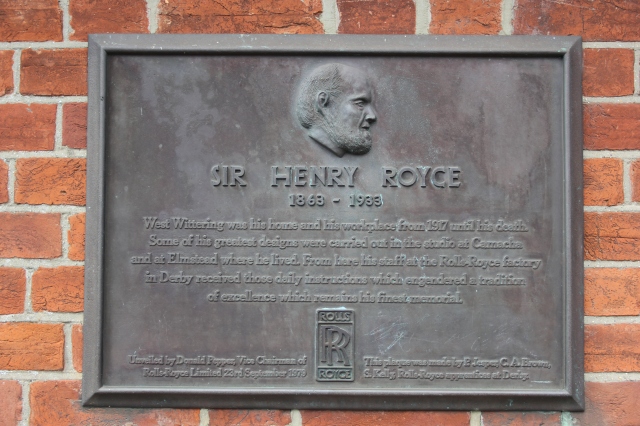 Walk #58 Statistics (of which this post forms the final part):