Having arrived back home from Scotland in the second week of June, I turned around and went straight back in the fourth week.  This was a lightning quick trip to bag a Munro with some friends who were staying in Gairloch, on the west coast of the Highlands.  I flew in to Inverness, on the east coast, and hired a car to drive over.  The journey is only supposed to take two hours.  I somehow took five.  I did not get lost, though I did lose myself in the beauty of the drive.  The further west I ventured, the more beautiful the landscape became.  I kept stopping to take in the view – that was the problem.

As a coastal walker, I was particularly interested in the stretches of coastline I was able to see, and which I hope to be walking in the years to come.  Here is Little Loch Broom with Beinn Ghobhlach in the background.  Little Loch Broom is a small inlet, 10 miles in length, which we are going to have to walk down and then back out of again. 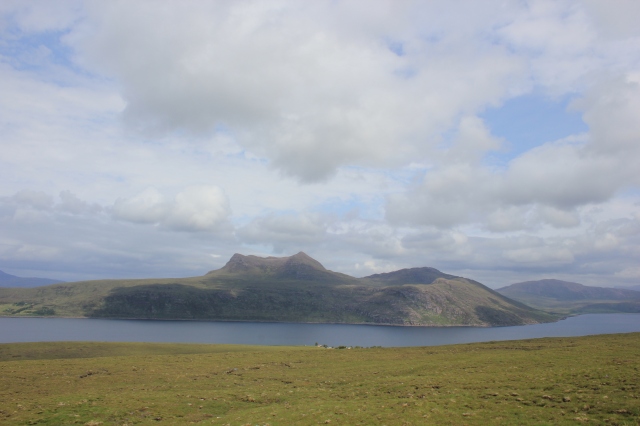 Best of all was a 360-degree vantage point just to the east of Little Gruinard.  This gave expansive views of the coastline. 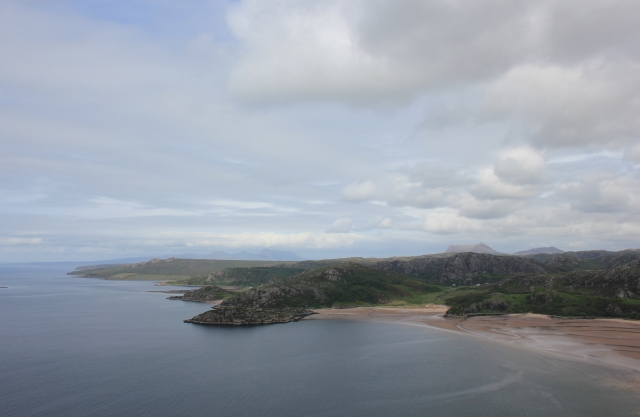 Gruinard Bay at low tide looked like exactly the sort of walk we love. 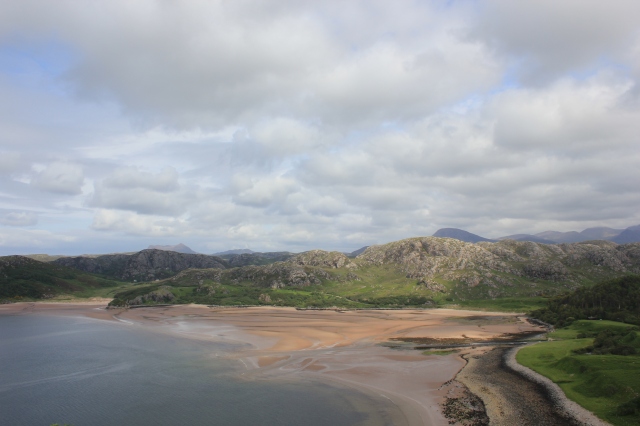 To the north was Gruinard Island, also known as “Anthrax Island”.  It was requisitioned by the government during World War II for the purpose of carrying out anthrax tests.  The intention was to examine the possibility of developing a biological weapon for use against the enemy.  Eighty sheep were taken to the island, and anthrax “bombs” dropped.  Within days the sheep were dying.  None survived.  There are tales that one of the carcasses floated across to the mainland and infected livestock there, but that the incident was hushed up.

It was concluded that anthrax would make a rather effective biological weapon.  I cannot imagine the devastation it would have caused had it been used.  The fatality rate is estimated at 95%, even with treatment. 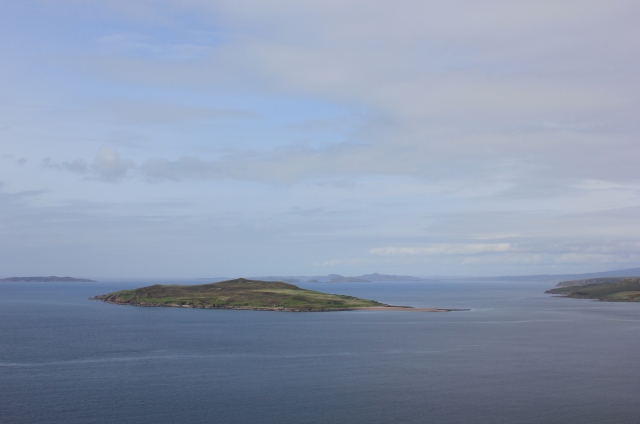 Gruinard Island was requisitioned in 1942.  It was quarantined for 48 years before being declared safe.  Even that was after an extensive decontamination programme which included the removal of topsoil.  Can you imagine the effect if anthrax had been used as a weapon?

The poor owner of the island did not get to see it returned in their lifetime.  Its derequisition was requested in 1945, but the government realised it was unsafe.  An agreement was reached whereby the Crown acquired the island, and that it would be returned when safe for a sum of £500.  The return eventually took place on 1 May 1990, to an heir of the original owner.

2 Responses to The Coastal Path in Scotland – Gruinard Bay