The weather was particularly promising when we arrived back at Shoreham Power Station today.  As we walked towards the harbour the colours of the sky, sea and sand all had that “today’s going to be a good day” hue to them.  It was only a short walk to the harbour, and we had good views back to the power station and beyond. 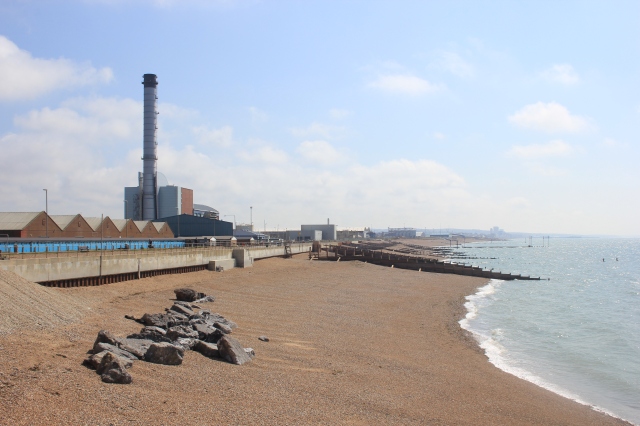 Shoreham Harbour is a watery beast of many arms; there are five of them in total.  The longest is the easternmost, and we were able to walk along it. 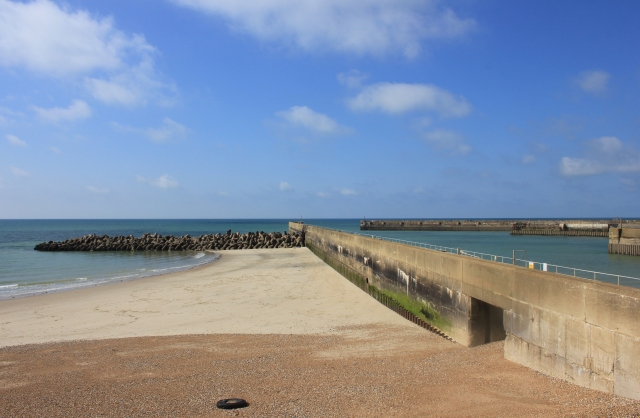 Half way along, and jutting out to sea at a right-angle to this arm, is some prefabricated rip rap.  You can see it in the photo above.  This stuff is absolutely huge.  The next photo shows a woman sat on some of it.  A person could quite happily crawl through the hole in the middle of each piece. 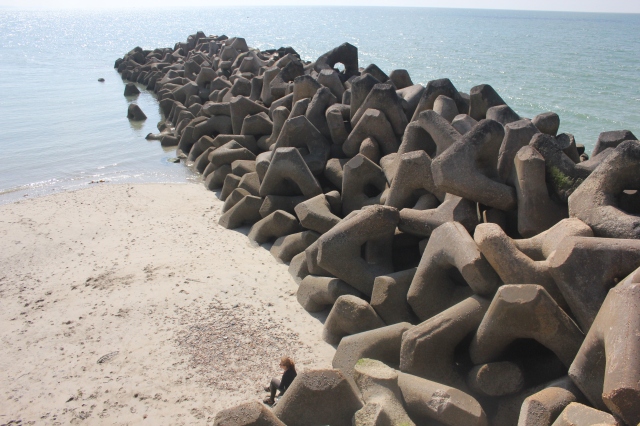 At high tide the waters almost cover the entire length of it.

Having walked up the breakwater, there was nothing for it but to turn back.  There is a short-cut route across the harbour, by way of the Prince George Lock.  However, when we arrived the gates to the lock crossing were closed and padlocked.  We had to wait a good 20 minutes for a ship, the Arco Dee, to navigate its way through the narrow gates.  I would estimate it performed this feat at less than a mile an hour, making its way slowly, very slowly, through.  There was about 10 foot clearance either side of the ship.  Slow as it was, it was impressive to watch. 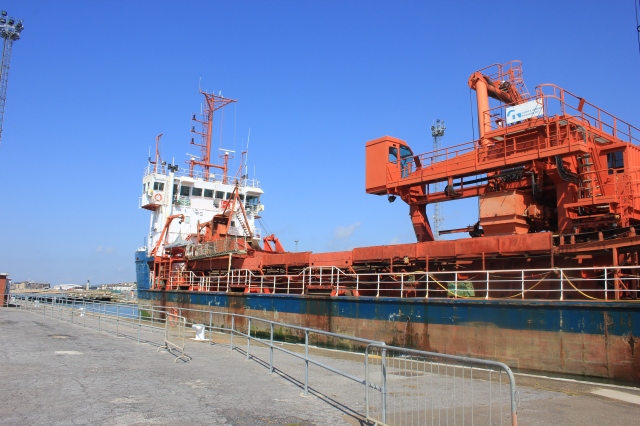 Every now and again the pilot poked his head out of the bridge window, checking his progress.  What he would have done if he were not heading as straight, I do not know.

The Arco Dee got through the lock and then moored itself.  The lock master emerged from his booth and opened the gates, allowing through the by-now considerable number of people waiting at either side. 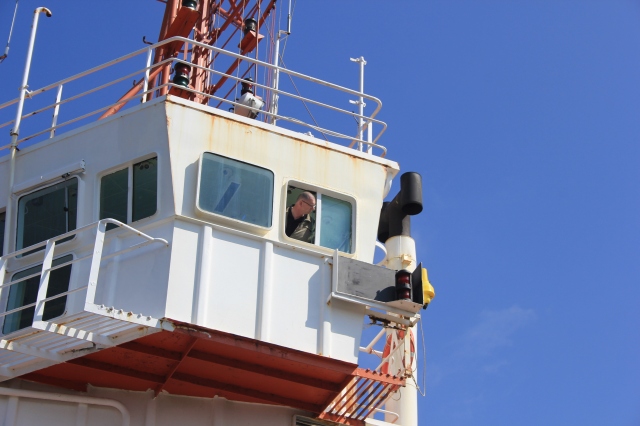 Walk #53 Statistics (of which this post forms the first part):