I knew very little about the path beyond Newhaven.  We had never visited here before and I did not know what to expect.  I had given the map a cursory glance before we left home, just to check that there was a footpath running alongside the coast, but I hadn’t studied it in any more detail.  I had no idea there were cliffs along this stretch, nor how beautiful the area is.  The clifftop path out of the town and leading to Harbour Heights was lined with gorse bushes.  They were just coming into flower. 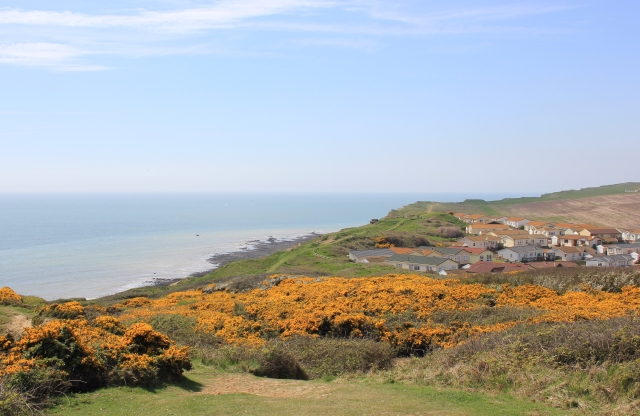 I love the look of gorse.  The landscape becomes a blaze of colour.

Once through the gorse, the path ran west alongside the cliff edge, towards Peacehaven. 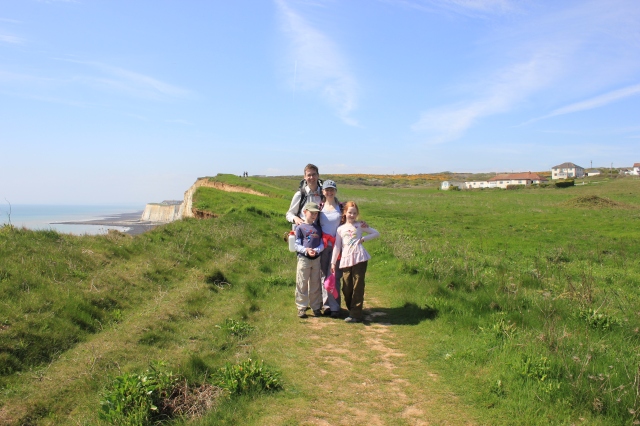 To the opposite side were open fields and rolling countryside.

Reminders of coastal erosion were ever-present.  At one point the well-trodden track simply wasn’t there any more. 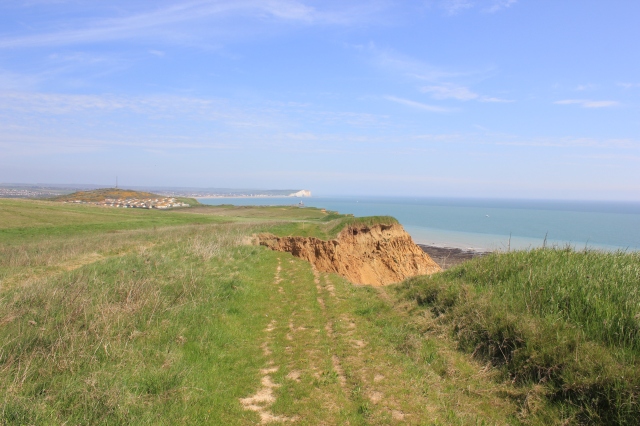 On the outskirts of Peacehaven you can either continue along the clifftop through the town, or go down to a promenade below.  Having been up on the cliffs for a while, we chose to go down.  Steps had been cut into the sheer  cliffs.  My wife, who is not a great fan of steps, was quite pleased when she got to the bottom! 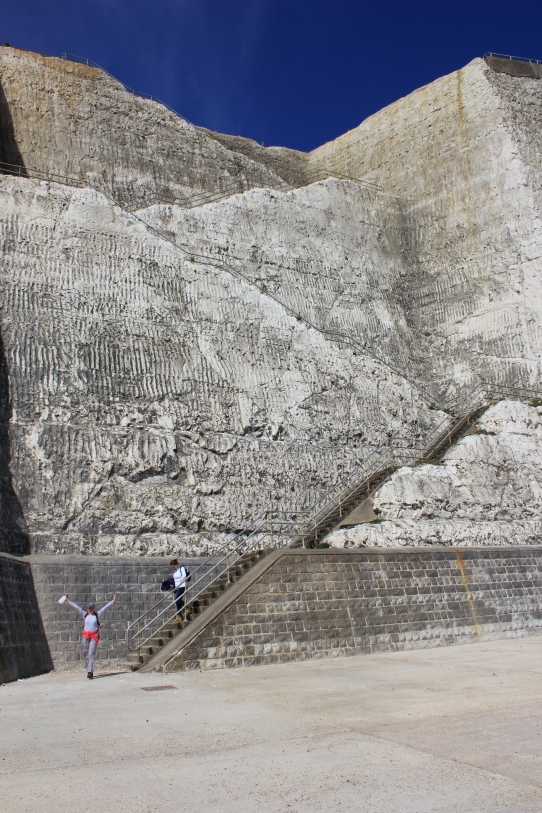 These steps are situated at the very eastern end of the promenade.  After another hundred yards or so the promenade comes to a dead end, and if you were walking east there is no option but to turn around and walk back.  The cliffs being quite high here, sets of steps leading up to the top are relatively few and far between, and apart from the promenade itself there are no amusements, cafes, or even benches.  I suppose it was because of this that the promenade was sparsely populated today.  We saw very few people.  This part of Peacehaven was, indeed, a haven of peace. 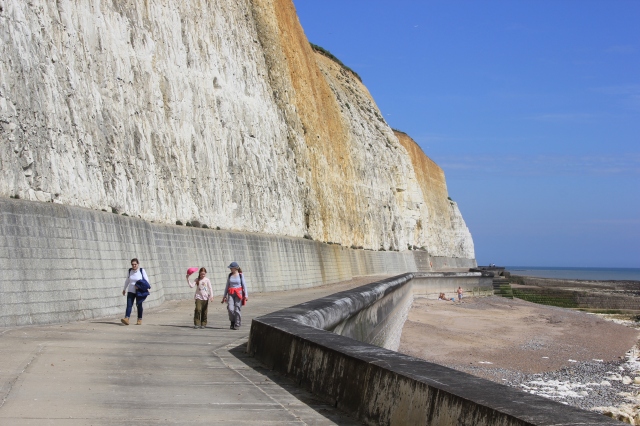 Below us, the exposed chalk platform showed how it had been worn down by the tide.

Above us, the sheer cliffs showed off their scars, presumably caused by excavators when the promenade was being built as part of a project to protect Peacehaven from falling into the sea.  Vegetation clung to the vertical sides.

Yes, Peacehaven was tranquil; peaceful; a haven.  But wait, what was that sinister-looking outline in the promenade just up ahead?

As I stood motionless and silently contemplated what sort of tragedy had occurred here, and to whom, I heard a burst of shrill giggles in the background.  Before I knew what was going on, my aunt and wife jumped into position. 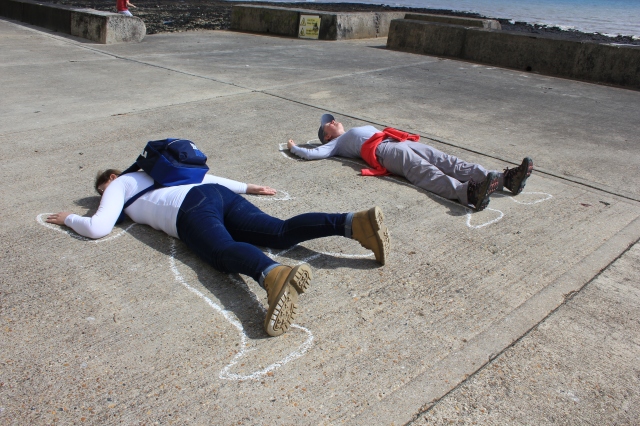 My wife, having confronted her mortality head-on, will no doubt be comforted to know that in death she looks as if she is simply sunbathing.  I suppose this means that from now on, whenever we go on holiday, I will have a terrifying time whenever we hit the sunbeds, trying to figure out whether she has succumbed to the heat or whether she is simply relaxing and enjoying herself.

My wife and aunt picked themselves up and dusted themselves off.  We climbed the Bastion Steps, built just after World War One, which led up to a small car park and the end of today’s walk.

Walk #50 Statistics (of which this post forms the last part):

3 Responses to 50e – Newhaven to Peacehaven