The Ordnance Survey map shows various rights of way running down to the coastline south of Rye Harbour.  However, this area is a Nature Reserve and no rights of way seem to run along the shore itself.  Thus, instead of walking down to the shoreline we took another route that cut inland and ran southwest.  In fact this was a mistake.  When we were on this path we saw several people walking along the embankment which ran alongside the beach.  Clearly we could have gone that way after all.  As it was, we had to make do with our potholed gravel track. 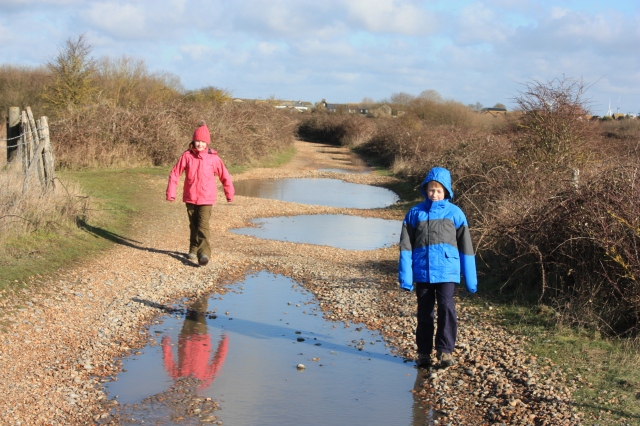 At one point we passed a building known as The Watch House.  Smuggling was on the rise during the period after the Napoleonic Wars; The Watch House was built in 1825 to combat this.  In the grounds of The Watch House was some sort of ruined concrete structure.  The rusted reinforcing bars stuck out of the crumbling concrete.  There was no indication of what this structure might be; the internet is also devoid of references to it.  Some form of pillbox was my guess. 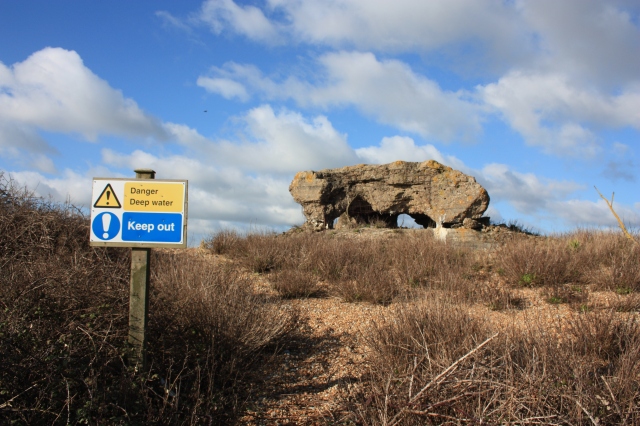 As we walked along the path we could not see the coast itself.  We could, however, see a lonely building stood by the embankment.  I realised later that this was the lifeboat house of the ill-fated Mary Stanford which was described in my last post. 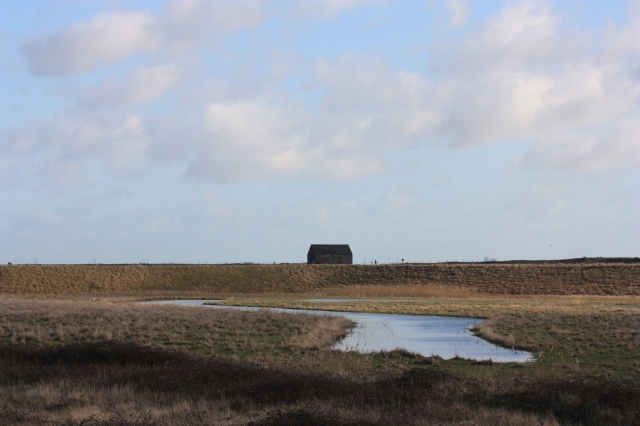 We carried on, soon reaching a crossroads, marking the beginning of “The Ridge” and Winchelsea Beach.  The waters of Nook Beach lapped at the shingle and looked glorious against the blue sky.  I went off to take a photo whilst the others ate their lunch. 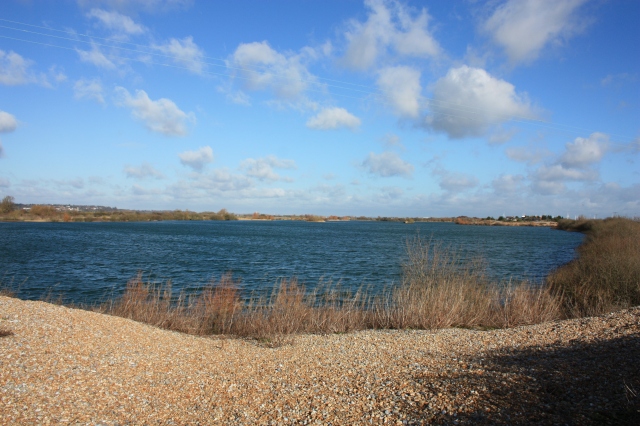 After I had taken my photo I turned back around.  Oh dear; we hadn’t walked far but there seemed to be some very tired members in our party. 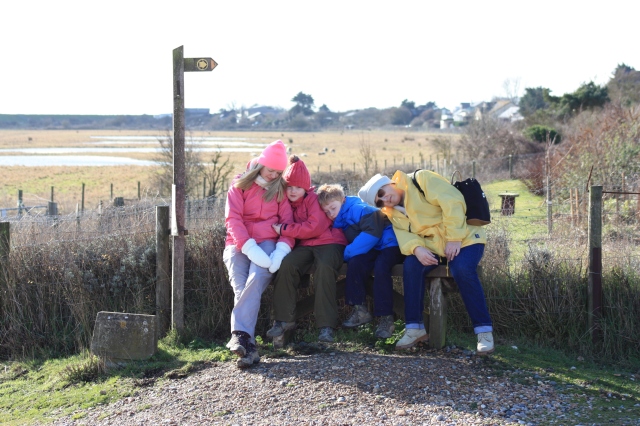 I woke the Slumber Gang and suggested it was time to get moving.  They stretched their arms and staggered on.

Walk #43 Statistics (of which this post forms the third part):