My wife always likes to have a cup of coffee before we leave home and drive down to the coast.  Given that the journey time is currently two hours, and given that coffee is a diuretic, my wife’s morning drink generally has predictable results.  Today was no exception. 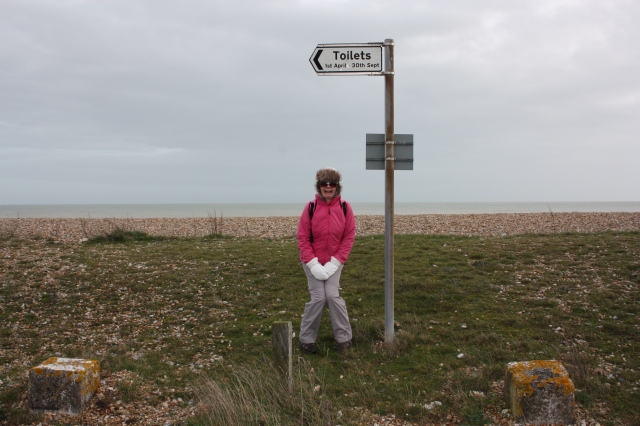 We knew there were public WC’s on Littlestone Beach. We did not realise they were closed between October and March. The people of Kent must have cast iron bladders, for that is an exceptionally long period of time to wait if you are in need.  My wife can attest to this.  Today was Boxing Day, right in the middle of the “closed” season.  I feared for her.  If she allowed her muscles to relax I had no doubt the release of pressure would propel her several miles into the stratosphere.  At least her bright pink top would allow us to follow her trajectory and see where she came back down to earth.

We tried to take her mind off things by starting our walk.  Just off the coast of Littlestone, we saw four red stanchions poking up above the waterline, like posts from a submerged bed. These marked the position of a Mulberry Harbour, a section of floating harbour constructed for the D-Day landings in 1944. 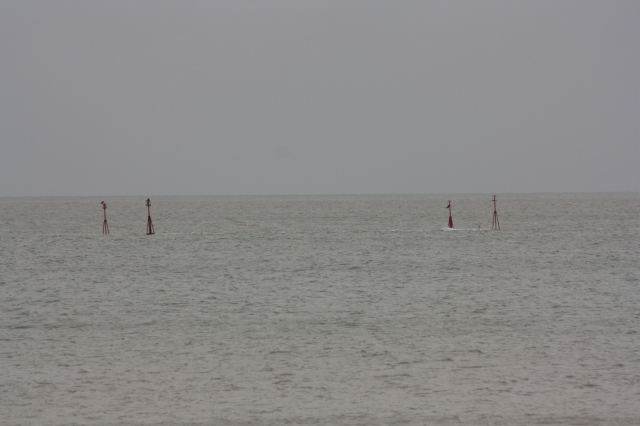 In 1943 a massive project got underway in preparation for the Normandy invasion.  Sections of harbour, pierheads and floating roads were built.  The intention was to tow them  over to France and put them  together to form floating harbours, which would then provide logistical support to the ground troops.  At its peak some 40,000 to 45,000 people were employed in the manufacturing process. Once constructed, the sections were towed off and parked at various locations, including Dungeness. Then, in early June 1944, they were gathered together in Lee-on-Solent and towed over to France. During the long process of being towed back and forth to and from their holding areas, some sections broke away and beached themselves. Just over a year ago we had passed one such section off Shoeburyness. Another section had beached itself here.

The posts we could see were not part of the original structure. At high tide the harbour section is fully submerged and lies just below the surface of the water.  Thus, the posts were added to act as a warning to local shipping. Later in the day, when the tide had receded, we turned back and squinted into the distance where we could now see the exposed concrete base. 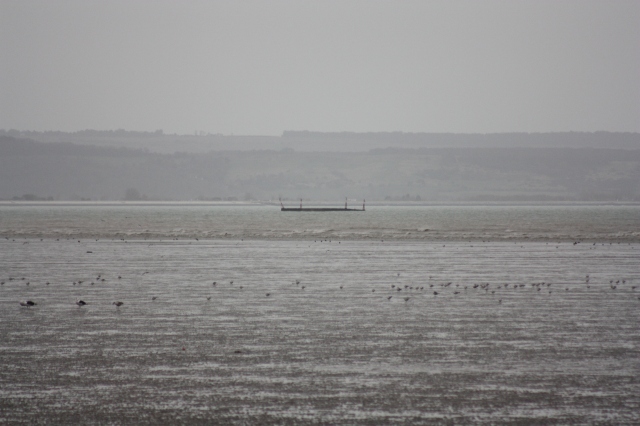