All week the weather forecast had predicted rain for Saturday, so we had not planned for a walk.  However, when I woke up on Saturday morning and checked the weather, rain was not due until mid-afternoon.  After a quick discussion we decided to squeeze in a short walk, and a hasty breakfast later we were on our way.

We did not start today’s walk in the exact place we had ended last time.  If we had, that would have involved a walk along the same road out of Grain as we had walked coming in.  Being a purist and a rather anal one at that, I was all for doing this, but my wife put her foot down.  She was armed with a compelling collection of arguments.  We had already walked the road so it was not as if we were skipping anything; it was a road and not a coastal route; and it was boring.  She also had that look about her as she made her case.  I capitulated.  We started in a layby a couple of miles out of Grain.  A footpath led away from the road and south along the saltings of the River Medway. 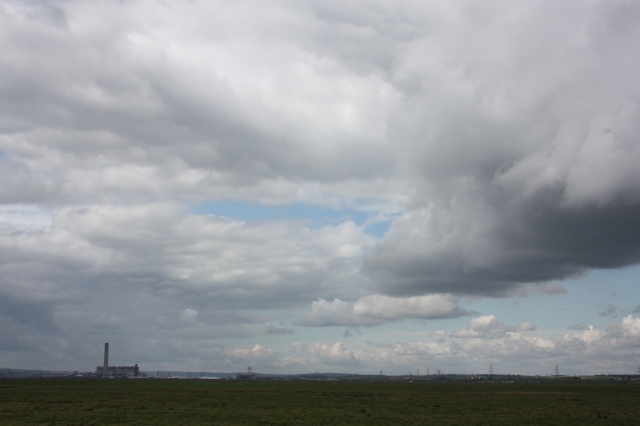 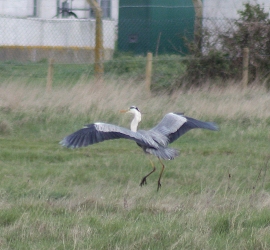 The path followed a grassy embankment, surrounded by lakes on one side and the saltings on the other.  The area was full of birds.  We saw swans, ducks, geese, gulls and wading birds, as well as the odd heron.  Rather frustratingly, they all gave us a wide berth.  As we slowly approached them, they slowly receded from us.  It was difficult to get any good pictures.  I stalked one heron in particular for some half a mile or so and still wasn’t able to get a good shot. 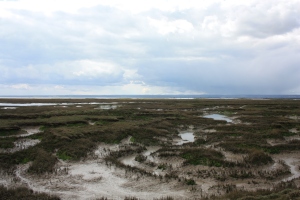 The path continued around the Stoke Saltings and Stoke Ooze.  This land is owned by the Kent Wildfowling and Conservation Association (KWCA), but was apparently not formed naturally.  There was blue clay here, a building material.  The “muddies” who collected it took the top few inches off the land in order to get to the good clay underneath, throwing this top layer of mud into piles which became raised banks. 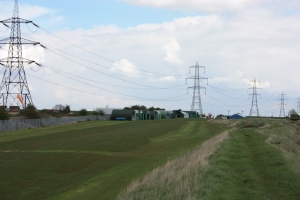 We had come on today’s walk in the full knowledge that we would pass Stoke Airfield, a small grass strip bounded by the Grain railway line on one side, and some pylons on the other.  The runway has a bend in the middle, and has been described as “not for the inexperienced” on a pilot’s forum!  It is the home of Medway Microlights, and all of the microlights we had seen over the past few weeks had come from here.  As the footpath went right by the club, we were hoping to see some close up; we were not disappointed!  As we approached, we saw one take off and three landing in quick succession. 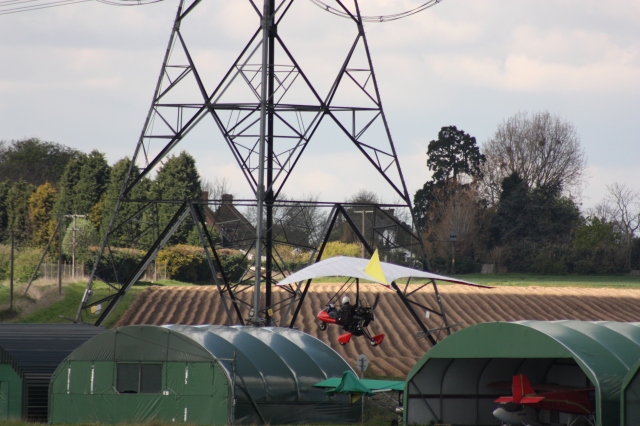 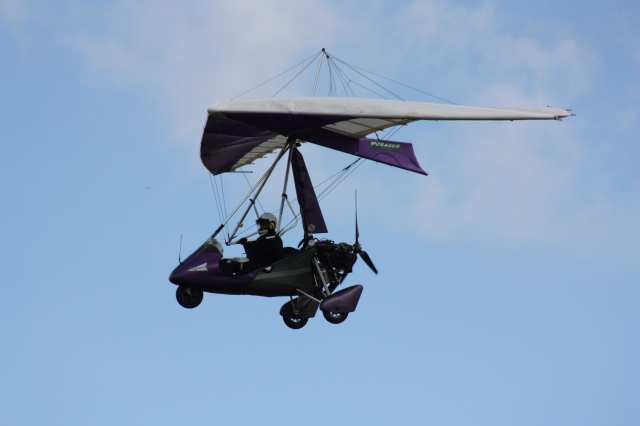 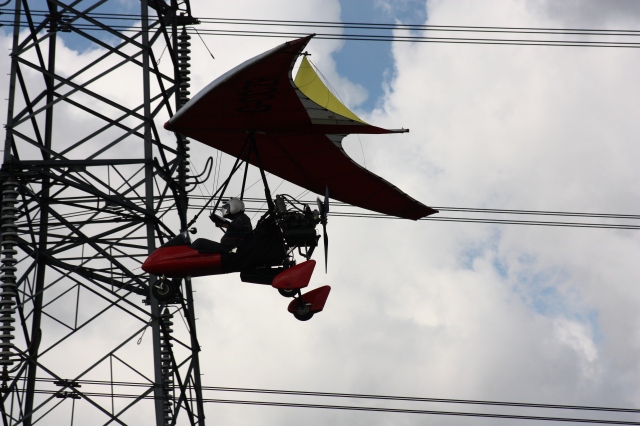 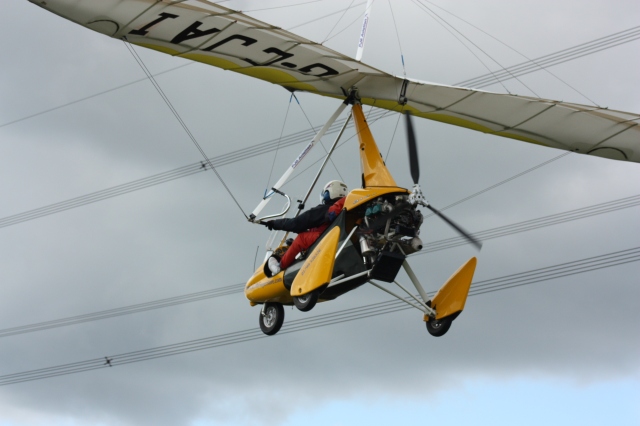 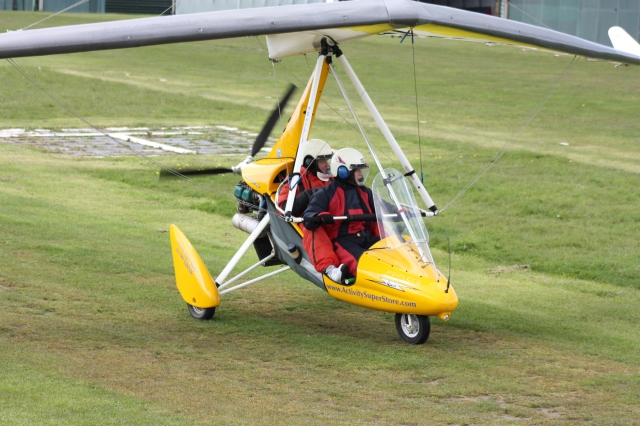 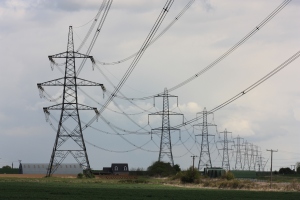 After watching this procession, we continued on our way, turning north at the end of the runway and crossing the railway line.  A wide track led into Stoke, where our walk ended.  The pylons next to us stretched back towards Grain in an elegant line.  Their cables were like fishing lines hanging over the airfield, waiting for a nibble from a microlight!

As we left, we saw a sign at the edge of the road, advertising trial microlight flights.  I have a passion for the skies, as anyone who knows me will affirm, and I was all for driving down to the club and see if I could book a flight there and then.  It seemed quiet enough and I thought I might be able to get in the air quickly.  Alas, I am the only one in our family to always look skywards with a wistful sigh; there were no takers for the suggestion.  Maybe another time…